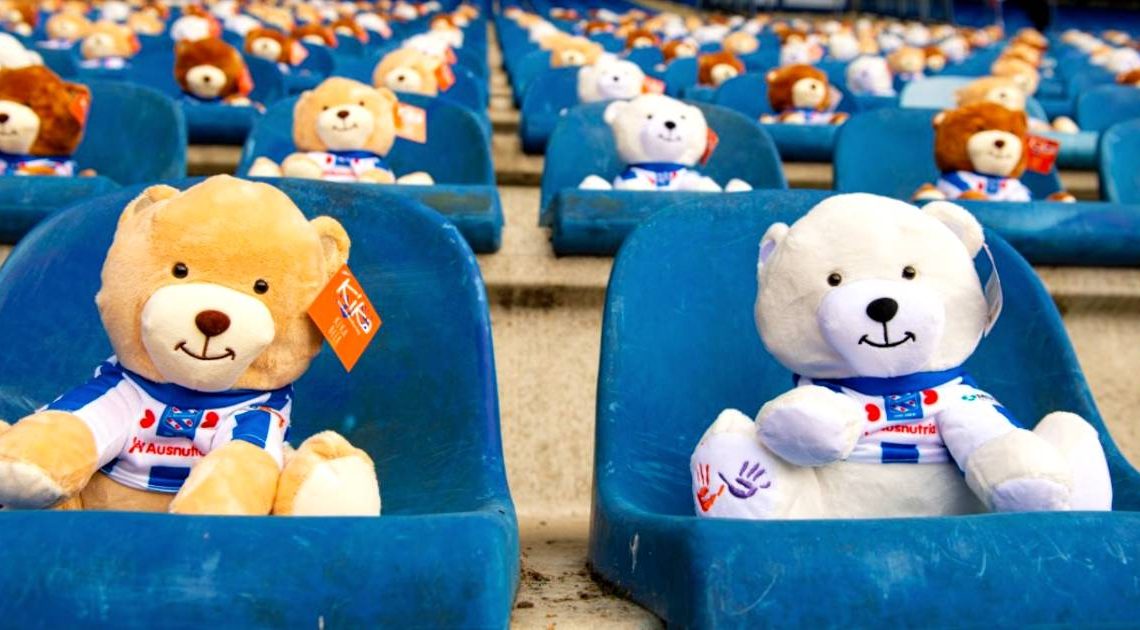 The action was organized by the Dutch charity KiKa, which focuses on childhood cancer research. The purpose of the teddy bears is to draw attention to the 15,000 children in the Netherlands who have cancer.

The traditional sports-related events that the charity organizes have been put on hold due to the coronavirus pandemic. And that has greatly decreased the income they need to fund their cancer research.

The match is taking place at the Abe Lenstra Stadium in the Dutch town of Heerenveen. That’s about 130 km (81 miles) north of Amsterdam.

Local team SC Heerenveen will be facing off against FC Emmen. Both teams are in the Eredivisie league, which is the highest level of professional soccer in the Netherlands.

About 15,000 of the 26,000 seats in the stadium will be occupied by cuddly bears wearing soccer shirts.

The organizer of the event is KiKa. The sponsor is the pharmaceutical giant Merck, whose name outside of the United States and Canada is MSD. MSD paid for the bears and the shirts.

The action in Heerenveen is a twist on the  popular cardboard cutouts that sporting events around the world have been using to fill empty seats during the coronavirus crisis. Fans have been paying considerable sums to have their pictures attached to a cutout, in an effort to support their favorite team during tough times. Taiwanese baseball teams have even filled the seats with robots and plastic mannequins, some wearing surgical masks.

After the match, the teddy bears will go on sale for about $18 each via KiKa’s website. And a video of the teddy bears getting ready for their big night out is on the charity’s Twitter feed.

Recent research has found that soccer games played in empty stadiums during the coronavirus pandemic have also led to fewer conflicts between players on the field.