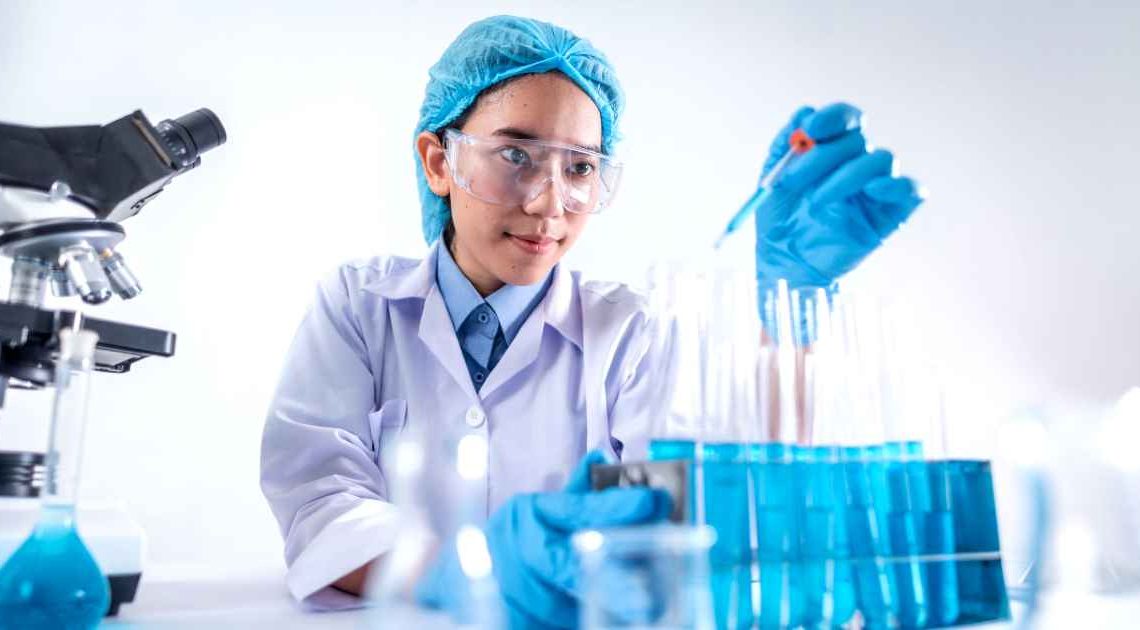 A new study shows how 3D printing innovation continues unabated. A new technique makes it possible to “feed” inanimate objects with living matter, thereby making them stronger and more flexible. A team of researchers from USC, Caltech, and MIT has figured out a way of infusing 3-D printing ink with living material. Doing so makes products stronger, more flexible, and able to self-heal.

The paper, whose lead author is USC’s Qiming Wang, appeared on January 19 in the journal PNAS.

The researchers’ inspiration came in part from Popeye the Sailor, “who can strengthen his muscles by eating spinach,” says Wang. “Now, we are using scientific innovation to realize our childhood imagination,” he said.

The team used a centrifuge to extract chloroplasts from spinach. They then blended the spinach chloroplasts with a newly invented 3D-printing polymer ink. Finally, they used this ink to 3D-print structures.

By applying light to the 3D-printed objects, they created a way of generating plant-based glucose. This glucose reacts with the polymer to make the material stronger.

This technique resembles the way trees harness the power of photosynthesis to produce glucose that transforms into cellulose. The cellulose then strengthens the plant’s cell structure.

Applying two to four hours of light allows the material to self-strengthen. At the end of the process, it is six times stronger than before the process. And this strengthening effect – induced by the living chloroplasts – can also be temporarily suspended, by freezing the material. The effect resumes when the temperature has returned to a typical room temperature.

“Such a temporary ‘suspending behavior’ has never been demonstrated in existing engineering materials,” Wang said.

The process also resembles the way trees become stronger when put under pressure. When you hang a weight on a tree branch, that branch will become much stronger than the neighboring branches. This name of this process is “mechanotransduction,” and the same phenomenon applies here.

The next 3D printing innovation: a customizable sneaker sole

The team’s next step is to use this technique to design a custom 3D-printed sneaker sole that molds to a person’s foot, with a customized level of stiffness.

According to the researchers, infusing products with “living material” in this way also gives them an excellent self-repairing quality. This occurs via the photosynthesis-produced glucose that creates the molecular process known as “cross-linking.” This is similar to the sutures or stitches used by surgeons. This self-repairing capability might one day also work on propellers, drones, and more.

“This work opens the door for the design of hybrid synthetic-living materials,” the authors write, “for applications such as smart composites, lightweight structures, and soft robotics.”

Their study is just one example of how scientists are making novel use of biological matter’s natural properties. European researchers are using a natural material found in seashells to heal cracks in buildings. The self-healing properties inherent to this technique make it unlike anything that was possible using conventional materials.

As widely prophesied, the possibilities of 3D printing continue to grow, and are now taking on more and more unexpected forms. While 3D printer resolution is improving, and the choice of materials expanding, the process is also becoming ever-more adorable. For example, an Anycubic 3D printer can now bring the rapid 3D manufacturing revolution to your home for just a few hundred bucks, an order of magnitude cheaper than only a few years ago.

The price matters, as the future of 3D printing will likely be shaped by those who can afford it. A small apartment in a small town isn’t the most likely environment to launch a revolution, yet makerspaces are cropping up in small towns around the world. And the sharing economy’s business model encourages makers to step out of their silos and collaborate. So from the university lab to the suburban basement, developments like the one described here are likely just a small taste of what’s to come.