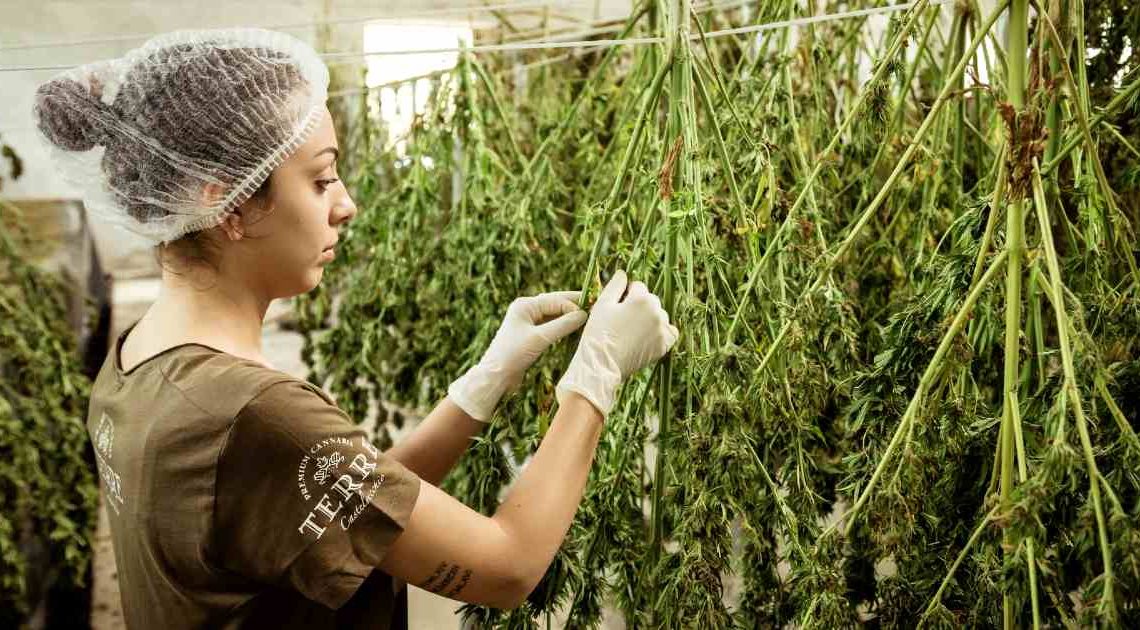 Entrepreneurial creativity and cannabis: when entrepreneurs dream up ideas for new businesses, cannabis use might help, and hinder, their creativity. Those are the results of a new study in the Journal of Business Venturing by Washington State University researchers.

The study found that cannabis-using entrepreneurs generated new business ideas such as a weightless, gravity-free virtual reality workout, that were more original, but less feasible, compared to those who do not use cannabis. That is, their entrepreneurial creativity was high, but their ability to reality-check was relatively low.

According to the study’s lead author Benjamin Warnick, “originality and feasibility are both crucial in entrepreneurship.”

“One without the other limits potential value creation,” said Warnick, an assistant professor at the WSU Carson College of Business.

Warnick and colleagues found the increased originality and decreased feasibility of cannabis users’ business ideas relative to non-users only surfaced for entrepreneurs who reported relatively strong passion for exploring new business ideas. The effect was absent for cannabis-using entrepreneurs with experience founding more than one business.

The 254 entrepreneurs who participated in the study completed a new venture ideation task to test their entrepreneurial creativity. Among the participants, 120 were self-reported cannabis users, and 154 were non-users.

They generated as many ideas for a new business as possible based on virtual reality technology. The entrepreneurs also answered questions about the extent of their business experience, passion for entrepreneurship and cannabis use patterns.

“Specifically,” the study says, “the higher originality and lower feasibility of cannabis users’ ideas surfaced for entrepreneurs with high, but not low, entrepreneurial passion for inventing, and for those with low, but not high, entrepreneurial experience.”

A panel of experts then rated the originality and feasibility of the idea each entrepreneur identified as their best.

For the purposes of their study, the researchers separated the entrepreneurs into cannabis users and non-users. The cannabis users reported using the drug an average of nearly 20 times in the past month.

This research could help entrepreneurs determine whether cannabis use may be beneficial or detrimental to the venture creation process.

Does drug use influence entrepreneurial creativity?

“This is the first study we know of that looks at how any kind of drug use influences new business ideation,” said Warnick. “But there is still much to explore in this area.”

Warnick noted that the cognitive effects of chronic cannabis use can last for up to a month. Those effects include increased impulsivity and free-thinking tendencies.

Results of the current study held regardless of whether the participants reported being high at the time of the experiment. But the authors call for future research to consider how being high might influence entrepreneurs’ creativity via a randomized experiment.

The results suggest marijuana use may have some benefits in the early brainstorming stages of the venture ideation process. Nonetheless, the researchers stress the importance of grounding creativity in reality to successfully launch a new company.

Creatively confer with non-users to come back to earth

“Our results suggest that cannabis-using entrepreneurs might benefit from non-users’ insights to develop the feasibility of their ideas,” said co-author Alexander Kier.

“This may be especially true for cannabis users who tend to get very excited about coming up with new ideas or don’t have much experience founding new businesses,” he said, “since others can serve as a grounding influence, providing a reality-check on their ideas.”

As legalization of cannabis continues across the country and the stigma of the drug fades, the researchers hope their work will help paint a clearer picture of the implications of cannabis use among entrepreneurs.

“Clearly there are pros and cons to using cannabis that deserve to be investigated further,” Warnick said. “As the wave of cannabis legalization continues across the country, we need to shed light on the actual effects of cannabis not only in entrepreneurship but in other areas of business as well.”

By PsychNewsDaily Staff
A new study has found that women who use cannabis and who have had a prior miscarriage are 41% less likely to conceive a child.
Drugs and alcohol

Coke washes up on this Dutch beach, as "drug tourists" look for more

By Douglas Heingartner
Coke washes up on a Dutch beach, prompting people from near and far to comb the beach looking for more. At least 300 packets have been found.