Antony Blinken’s music: a look at the Spotify songs of our next Secretary of State 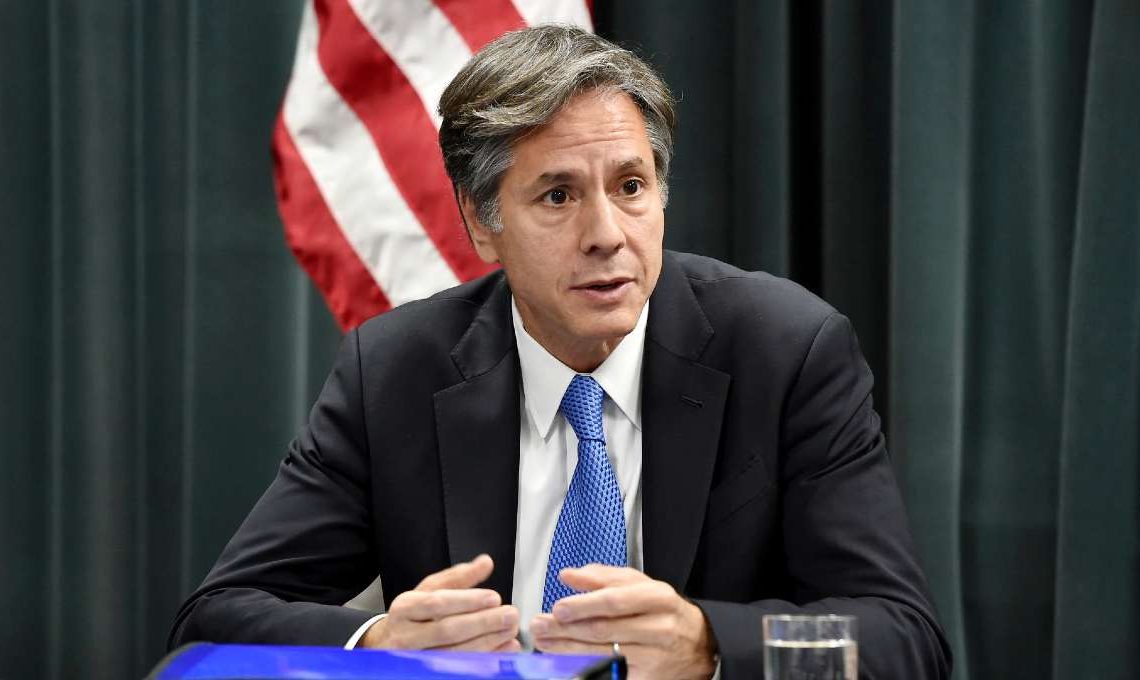 Is Antony Blinken music about to blow up on Spotify?

As you may have heard, Joe Biden plans to nominate career diplomat Antony Blinken as his Secretary of State.

But did you also know that Antony Blinken is a musician with songs on Spotify? With a blue “Verified Artist” checkmark to boot? One YouTube commenter has aptly dubbed him the Secretary of Shred, while on Reddit he’s Blinken Park.

Blinken records under the name Ablinken. Is this a pun on POTUS #16? Or perhaps even a revelation of his own presidential ambitions?

In any case, Antony “Ablinken” Blinken currently has two songs on Spotify, both of which are singles from 2018.

He also has 53 monthly listeners (as of this writing); not quite as many as Ed Sheeran’s 50 million, but more than many of Spotify’s other 3 million “creators.”

Blinken’s Spotify page also refers to “contributions from Alex Chilton,” though the nature of those contributions remains unclear. Likewise, he writes that he plays in a “charity concert band” called Coalition of the Willing, whose members include “Jeff ‘Skunk’ Baxter of Steely Dan and Doobie Brothers acclaim.” Not the worst of musical companions.

The first song, Lip Service, is a four-minute 80s rocker.

It begins with intricate acoustic guitar textures teasing out a (too?) familiar descending-chromatic melody, with some delicate Latin percussion in the background.

It soon becomes a different song altogether: standard rock-guitar fare that could have been heard onstage in any bar in any town around 1985.

Throughout the song, Lip Service features earnest but generic vocals that bring to mind the late Eddie Money. The chromatic descending guitar bit from the intro returns at about 3:30, now serving as a backdrop for some serviceable solo-guitar noodling.

This solo dominiates the longish fade-out, during which the bass line anxiously scurries up the frets in an effort to be heard amid the many guitars, with the drums also becoming increasingly excitable. All in all, it sounds like they had fun recording it.

Patience also begins with an acoustic guitar pattern, reminiscent of the Guns N’ Roses song that shares the same name, as well as Extreme’s More than Words. The vocal style of our next SecState unironically recalls Flight of the Conchords’ Jemaine Clement during a moment of peak emotionality. The song also feature some jaunty piano and an unexpected recorder solo. Yes, that’s the same instrument you had to take lesson on in third grade.

Policy clues in Antony Blinken songs: riddles wrapped in mysteries inside a middle 8?

“So give me just a chance to let you feel what I feel,” Blinken delicately begs us in Patience. Could this sensitive appeal augur a kindler and gentler foreign policy going forward?

Alternately, what are we to make of the Biden nominee crooning “Help me now, ’cause patience is dying”? This may suggest a hawkish and easily exasperated statesman with an itchy trigger finger, the type who might write an angry letter at the drop of a hat.

In any case, untangling the implicit policies behind “Patience is talking til I’m blue, when all I want, I want to unfold you” will be a matter for tomorrow’s historians. And we all can look forward to overly-long analyses of The Great Unfolding on The New York Times op-ed pages beginning in January of 2021.

But in the meantime, we’ll have to make due with a pair of inoffensive AOR lite-rock songs that take us back to a simpler age.