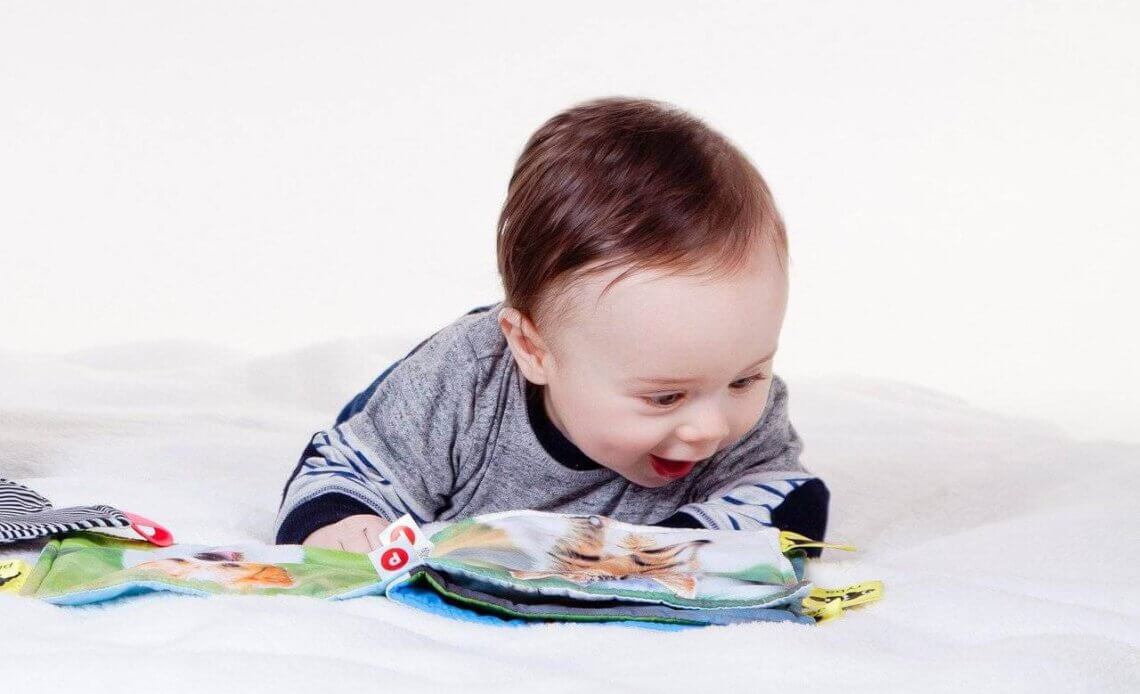 A new study in the Nature journal Scientific Reports has found that an EEG (electroencephalogram) recording of an infant’s brain waves can predict that baby’s later IQ.

The researchers found a “significant overall relation between 14-month EEG and 7-year IQ,” the study says.

The study looked at how watching novel videos leads to changes in a type of brain wave known as frontal theta power. Previous research had already linked increases in frontal theta to cognitive processes such as attention, learning, and memory.

Infants show increases in the frontal theta brain waves when they explore new toys or people, or when they expect a face to reappear during peekaboo. Yet so far, there had been no scientific evidence that individual differences in these theta responses correlated with later cognitive outcomes.

The search for infant predictors of later IQ has traditionally focused on what infants look at, and for how long. Paying extra attention to novelty, for example, shows moderate correlations of about 0.4 with later childhood IQ. But these measures only explain about 10% of the variance in infants’ cognitive skills.

Directly measuring infants’ brain waves is the next logical step, the authors of the current study propose. And EEG provides the ideal method, as it is both non-invasive and “infant-friendly.”

Moreover, it allows researchers to record brain activity in real-time during natural behavior, for example during learning processes.

EEG is a tool that measures the brain’s electrical activity by tracking and recording brain wave patterns. Small discs placed on the scalp send signals to a computer, which records the results.

In one part of the study, 106 typically developing 12-month-old infants (about half boys and half girls) watched several videos. One set of videos consisted of women reading nursery rhymes aloud while gesturing. The other set showed toys in motion, for example balls dropping down a chute.

The researchers measured the increases in the frontal theta wave patterns while the infants watched the videos. The infants saw each video at least twice, so that the researchers could measure the difference in theta response between the initial and subsequent viewings.

The researchers also measured these infants’ cognitive skills using an assessment called the Mullen Scales of Early Learning. This test measures both verbal and nonverbal skills, as well as fine and gross motor skills.

They found that children who had shown greater amounts of change in the frontal theta waves while watching the videos scored higher on some (but not all) parts of the assessment.

The researchers also administered EEGs and cognitive tests to another group of infants, aged 14 months. This group consisted of 54 infants at a high risk of developing ASD (autism spectrum disorder), and 50 at low risk. The risk category assignment related to whether or not the infant had an older sibling with an ASD diagnosis.

The cognitive and developmental skills of some of these children were tested again at age 3, with a slightly smaller group (25 children) also tested at age 7.  The cognitive test used was the Weschler Abbreviated Intelligence Scale.

Significant link between infant brain waves and IQ at age 7

The researchers found a “significant overall relation between 14-month EEG and 7-year IQ.”

And for the subset of high-risk infants later diagnosed with autism, the frontal theta EEG measurements collected at 12 months explained 82% of the variance in nonverbal skills at age 3.

The team did not find similar associations with other brain waves measured by EEG, such as posterior theta power or alpha power. This indicates that the associations are specific to frontal theta power.

As the researchers summarize, “In three independent samples, we show that individual differences in the amount of change in an EEG measure (frontal theta) recorded when the infants watched dynamic videos at 12 months is associated with variations in cognitive skills at age 2, 3 and 7 years.” And these findings applied to both low-risk and high-risk children.

Similar results in infants as young as 6 months

Intriguingly, the researchers’ latest study, which has yet to be published, extends these findings to infants who are only 6 months old. “Individual differences in the magnitude of this change (theta power increases over the course of watching novel videos) significantly predicted cognitive ability at 9-months,” the study says.

These results matter, as they can help identify children at risk of poor outcomes in terms of their later childhood IQ. And the earlier this can be done in a child’s life, the more effective the interventions can be. Learning more about these brain wave oscillations could also allow for the development and testing of medications for high-risk children, the authors write.

Paving the way to new treatments

And identifying the neural predictors of cognitive function in infancy might one day allow scientists to better understand the pathways that underpin individual differences in intellect.