An iconic 1927 bridge in Rotterdam will not be dismantled to make way for Jeff Bezos’ new $500 million superyacht after all, according to Dutch newspaper Trouw.

The newspaper reports that the shipbuilder in question, Oceanco, feels threatened by the widespread outcry, and fears possible vandalism.

Back in February, the news that the middle section of the iconic bridge would have to be (temporarily) dismantled caused a storm of criticism, with fierce objections to the idea that a local landmark would have to make way for a mega-billionaire’s toy.

Three-master too big to fit under bridge

This dismantling was allegedly necessary because Y721 – the name of the Amazon founder’s new three-masted, 127-metre (416 feet) sailing yacht – is too high to fit under the bridge, known locally as De Hef.

The new ship is largest sailing yacht ever built in the Netherlands.

The Dutch shipbuilder Oceanco has now informed the city of Rotterdam that it is canceling the plans for the time being, according to Trouw.

Trouw had requested documents about the proposed dismantling via the Netherlands’ Government Information Act, which is similar to the Freedom of Information Act in the United States.

The documents reveal that Oceanco was shocked by the degree of social unrest that their proposal had caused. As a result of the international news reports, shipyard employees felt threatened, and the company feared vandalism.

When news of the proposed dismantling leaked out in February, locals threatened to throw eggs at the yacht if it sailed under the bridge.

The city of Rotterdam cited those threats and others as an argument to not make some of the documents public.

How the ship will now be delivered to Bezos is still unknown. The company may choose to finish the ship closer to the sea. Oceanco declined to answer Trouw‘s questions about the matter. 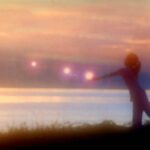 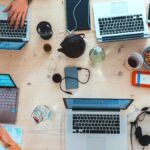