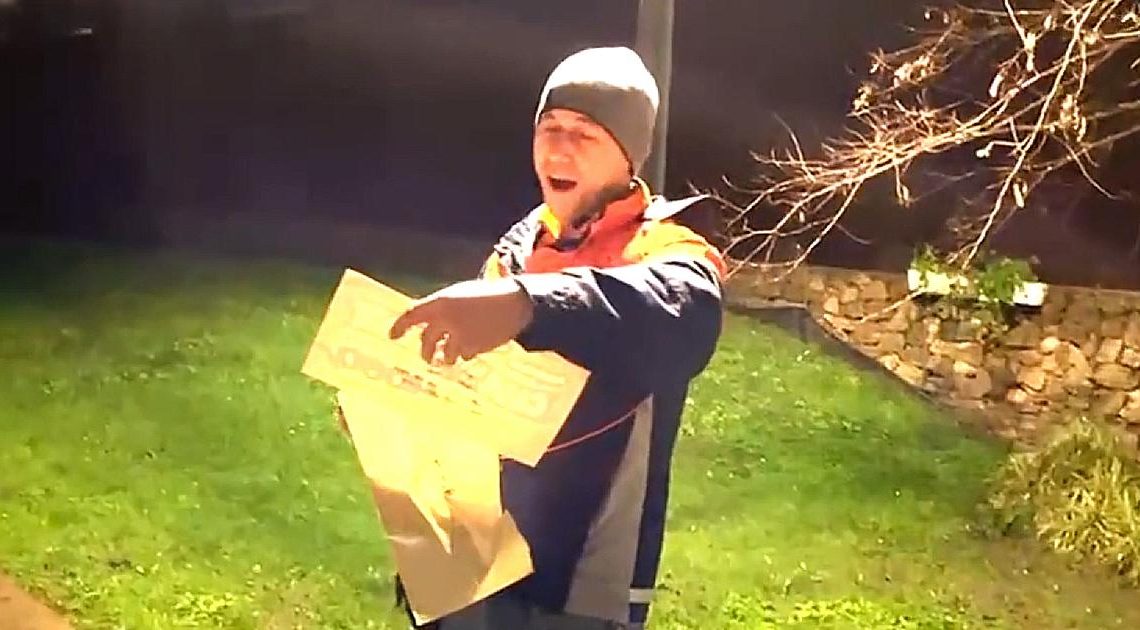 On December 23, the parcel deliveryman Nurullah Pamuk received some truly unexpected Christmas charity. The 44-year-old Pamuk was finishing off a long 14-hour workday delivering packages in Amsterdam, helping to ensure that the local families would get all their Christmas gifts on time.

Pamuk, the father of two young daughters, has worked harder than ever this year. People are ordering record numbers of packages online, due to coronavirus-related restrictions on physical stores. In the Netherlands, delivery workers now deliver an average of 140 – 200 packages per day.

So it was time for the neighborhood to round up some Christmas charity for their postman.

Local resident Ellen van Veen, a 27-year-old doctor and teacher at the University of Amsterdam, told the local newspaper Algemeen Dagblad that the neighbors usually give a holiday bonus to Pamuk, who has been delivering packages in this neighborhood for about five years.

“He always stays very positive, even under all the pressure,” Van Veen said. “Pamuk knows everyone’s name in the street, and knows exactly who is home when.”

“He always has time for a chat, and always wants to know how you’re doing,” Van Veen said.

So she and some neighbors decided to go all-out this year. They got the whole neighborhood involved in collecting donations for their tireless delivery man. And the Christmas donations of years past were nothing compared to what they managed to round up for Christmas 2020.

When Pamuk arrived that evening in the courtyard of the Villa Mokum housing complex to deliver packages, he was shocked to see the residents applauding him from their balconies. Van Veen then handed him an oversized check, along with a Christmas package containing chocolate and biscuits.

Ultimately, more than 400 local families had donated a total of 4,197 euros

“I’m still shocked,” Pamuk told the newspaper. “I had no idea what was coming. I’ve never received a gift like this in my whole life.”

He said the first thing he will use the money on is new clothes for his kids.

“There was no vacation this year,” he said, “but maybe next year.”

Helping yourself by giving others help for Christmas

A wealth of past research shows that helping people also helps yourself. “Pro-social” behaviors such as volunteering and charity work improve the health and happiness levels of the giver as well as the receiver. In fact, spontaneous acts of kindness, like helping to organize a nice gift for your overworked postman, have a greater effect on happiness than more formal types of helping, such as official volunteer work.

Researchers suspect that the casual nature of this “informal” kindness makes it easier for people to socially bond, and that in turn boosts their happiness.

By Douglas Heingartner
15,000 teddy bears will fill the seats during a Dutch soccer match as part of a charity action to raise money for childhood cancer research.
Happiness

Helping others also helps yourself, according to this new study

By Douglas Heingartner
People actively engaged in helping others, for example through volunteering, get a boost to their own psychological and physical health.