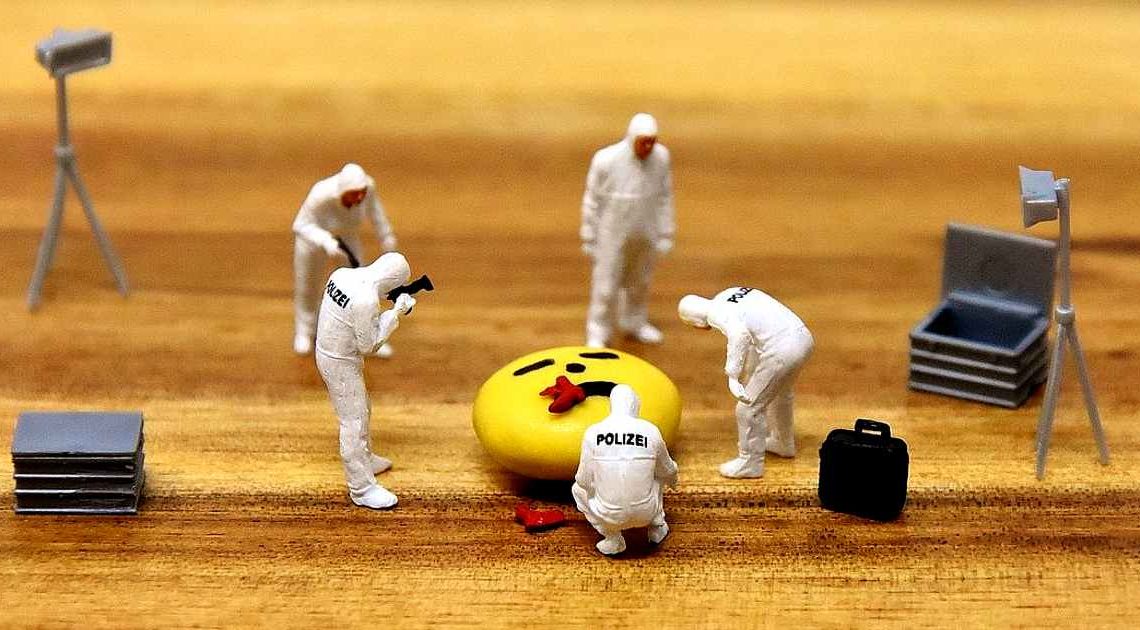 Researchers have shown for the first time that animal DNA — including human DNA — can be collected from the air, via what’s known as “environmental DNA” (or eDNA).

This discovery creates new possibilities for criminal forensics, because it doesn’t require hair follicles or other body tissue.

The new study, written by researchers at Queen Mary University of London, appeared on March 31 in the journal PeerJ .

What is environmental DNA good for?

Living organisms like plants and animals are constantly shedding DNA into their environment. Environmental DNA has become an increasingly helpful tool for scientists to identify which species live in a given environment.

But until now, most research has concentrated on collecting eDNA from water, and to a lesser degree soil. For example, scientists have increasingly been collecting environmental DNA from aquatic environments to monitor fish populations, or search for invasive species.

“Lots of scientists have speculated about this,” said lead author Elizabeth Clare. “But we could not find any published case where someone had actually tested for animal DNA in the air.”

In this new study, the researchers investigated whether they could collect eDNA from air samples. First, they sampled the air in a room that had housed several rodents (specifically, naked mole-rats). They then examined that air to look for DNA sequences.

The team successfully showed that “air DNA sampling” detected the rodents’ DNA from the room itself.

“We also found human DNA in all of our samples,” Clare said, “and this was something we had not anticipated.”

The human DNA most likely came from the mole-rats’ caretakers.

“At first we considered this a contaminant.” Clare said, “but what we realized is that this opens up some interesting questions about how this could be used in archaeology, or criminal forensics.”

“The unexpected side effect of collecting human DNA is also really interesting, and we’re now discussing what we can do with this sort of technology,” she said.

“We are aware there are other really serious applications of the technology,” Clare added. “Human DNA in the air might give us new options and forensic analysis, but the same method we use should also be able to identify microbes and pathogens, pollens, and fungal spores.”

Although the human-DNA angle is perhaps the most interesting aspect for the general public, the actual purpose of the study was to help e.g. ecologists or conservationists, who often work with animals that are hard to access.

Using environmental DNA would provide an efficient and non-invasive way to monitor biological environments, for example in caves, tree hollows, or underground burrows, “without actually having to disturb them or get really close,” Clare said.

The researchers are now working with commercial companies to advance this technology. “What started off as an attempt to see if this approach could be used for ecological assessments,” said Clare, “has now become much more, with potential applications in forensics, anthropology, and even medicine.”

An example medical application would be to analyze the transmission of airborne diseases, for example Covid-19. “At the moment, social distancing guidelines are based on physics and estimates of how far away virus particles can move,” Clare said, “but with this technique, we could actually sample the air and collect real-world evidence to support such guidelines.”

“The main question we’re now working on is how far can this ‘air DNA’ travel,” Clare said, “and how big of a space can we be in and still detect the species that are present.”

By PsychNewsDaily Staff
A new study from MIT finds that patients are receptive to interacting with a “robot doctor” designed to evaluate symptoms in a contact-free way.
Science News

By PsychNewsDaily Staff
A new study finds that almost one in five people lack a certain protein in their muscles, which gives them better resilience to the cold.