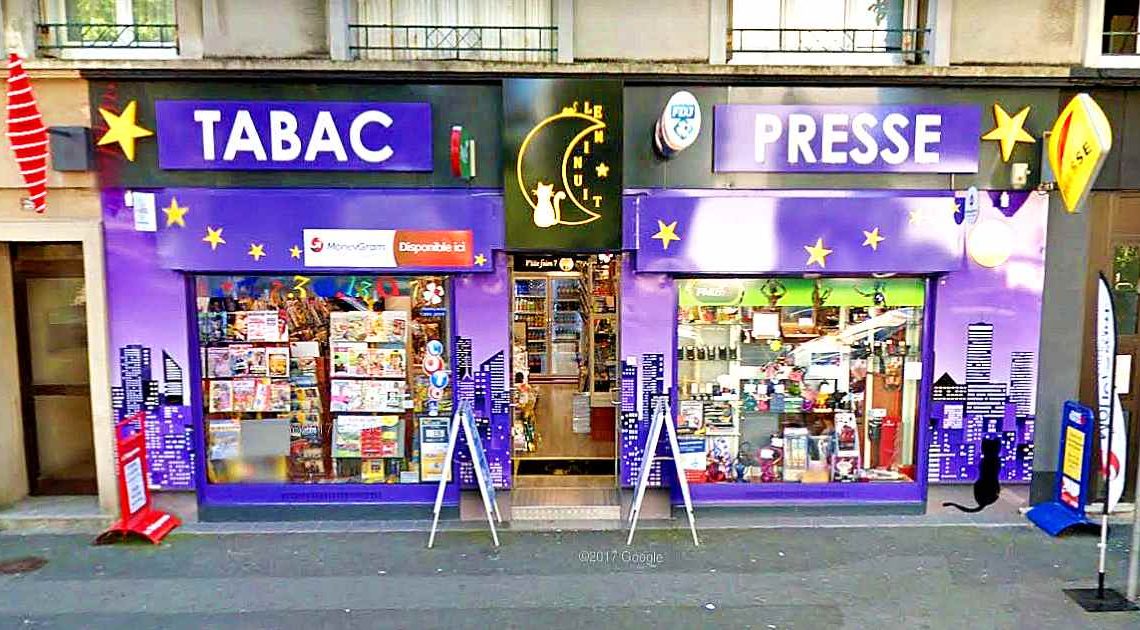 The Le Minuit tobacco shop in Brest where the winning ticket was purchased.

In an act of serendipitous kindness, a woman in France spontaneously gave her scratch-off Banco lottery card to a group of young homeless people who were standing outside. That card turned out to be a winner, worth a whopping €50,000 ($59,000 USD).

As the local newspaper Le Telegrame reports, four young homeless people (three men and one woman) were begging outside of a local tobacco and newspaper shop in the Brittany town of Brest on the afternoon of September 20.

As she left the Le Minuit shop (see on Google Maps), a customer who had earlier been speaking to the group handed them a scratch-off lottery card that she had just purchased inside.

The card in question was a so-called Banco, distributed by the French lottery operator FDJ. The Banco cards cost one euro, and offer a maximum payout of €50,000. The odds of a Banco card winning the maximum prize of €50,000 are one in 2,250,000.

The recipients of the card proceeded to scratch off the numbers, and initially believed that they had won €25,000. “When we put the ticket in the machine, we realized that the amount was actually twice that much,” a store employee told Le Telegramme. “They couldn’t believe their eyes. They were euphoric.”

The group stayed inside for a while to recover from their emotions, and then left with their winning ticket.

A roof over their heads

On September 22, the four arrived at the local lottery payment center in West Brittany. An employee of the center said that the group was already waiting outside of the building, with their dogs, when it opened at 9 am.

“They were all smiling, like they were on a cloud,” she told the newspaper. “Within half an hour, we made four transfers of €12,500 each to their bank accounts, which all of them had.”

Dominique Pierre, the manager of the tobacco store, was happy the money would go to people in need. “These young people are nice, we know them,” he said. He added that this particular group often begged in front of his shop, as it is open late at night. “They’ve had some difficulties in the past,” he said. “I hope that this money will allow them to bounce back, to have a roof over their heads, and to have enough to eat.”

On the road again

Le Telegramme also reported that sources said the lucky winners, aged between 20 and 35, bought a van and went on the road.

The identity of the woman who gave them the winning ticket is still unknown. It is also unknown whether she is aware that she almost won such a big prize. The shopkeeper said he thinks he would recognize the woman if he were to see her again.

By PsychNewsDaily Staff
New study finds that free online courses on well being and positive psychology work, and can help enrich the lives of millions of people.
Happiness