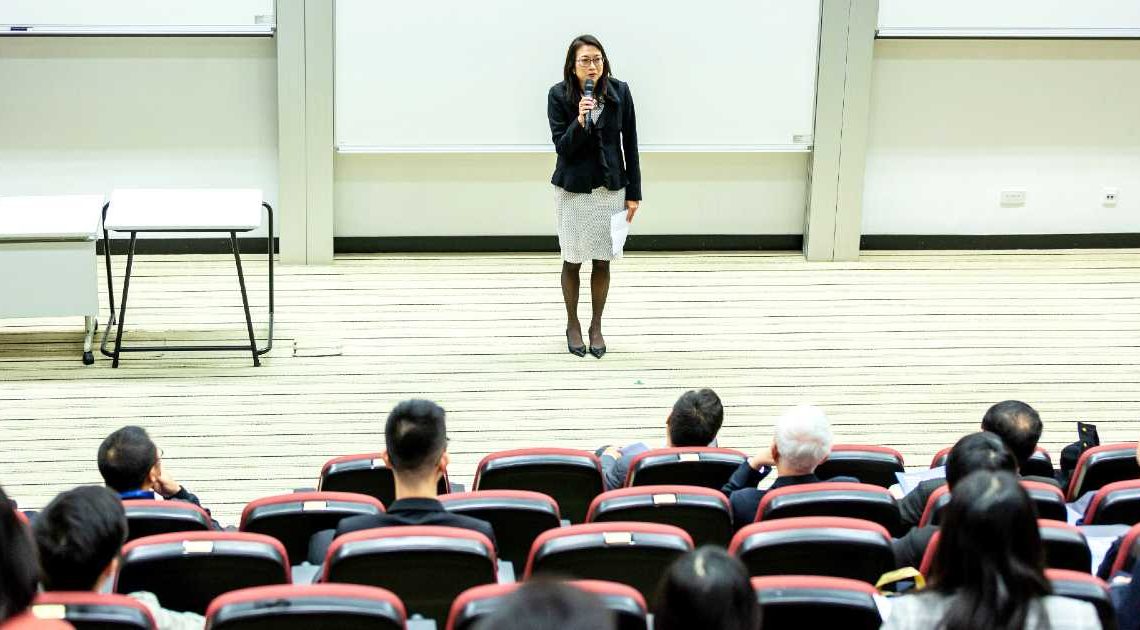 A new study of gender inequality in education has found that male students speak 1.6 times more often than female students.

Women are also more hesitant to speak, the study finds, and more frequently use apologetic language. The study’s authors say these results show that gender inequality in education still exists.

The study, which took place at Dartmouth University, appeared in the journal Gender & Society.

The researchers observed 80 college classes over a period of five weeks, amounting to almost 100 hours in total. The classes were spread out across the humanities, social sciences, and natural sciences. The typical class sizes ranged from 10 to 40 students.

The researchers observed the exact words and body language of both the students and the professors. They then analyzed the data using software that codes each behavior, which allowed them to identify patterns.

Examples of gender inequality in education: feel free to interrupt

When students were allowed to speak freely without raising their hands, the disparity actually increased. In those cases, men spoke three times more often than women.

“You would think that it would be more equitable for students to not have to raise their hands to speak in class, because then anyone could talk,” said co-author Janice McCabe, “but our results showed otherwise.”

“Once you take away the structure of a professor calling on students,” McCabe said, “you see more of the cultural expectations that people may have, and the gender hierarchies present in the college classroom today.”

Encouragingly, these disparities diminished when professors actively tried to elicit participation from all students. Examples included setting clear rules about participation, or deliberately calling on female students who had not yet spoken.

A long history of gender inequality in education

The classroom inequality between men and women was first explicitly detailed in a 1982 paper by Roberta Hall and Bernice Sandler. That seminal paper described a “chilly climate” for women, where professors would routinely call on male students more often, and where male students would frequently interrupt.

These patterns may “seem trivial, and may even go unnoticed” by professors and students alike, the authors write, but cumulatively they can “dampen women’s participation and lead them to doubt the value of their contributions”

Prior research has found that this gender disparity in speaking up emerges between the sixth and eighth grades (i.e. when students are about 12 – 14 years old).

The authors point out that the fact that male students do most of the talking does not mean that men are trying to silence the female students. Instead, they suggest, male students readily speak up “because they assume others feel equally free” to do so.

The path ahead: identifying gender issues in education

Despite the fact that women now outnumber men in American universities and colleges today, many disparities remain. “Our results demonstrate that women’s voices still may not be heard,” McCabe said, “and that gender hierarchies continue to persist. Once students and professors are cognizant of these gender dynamics in the classroom, it is easier to change them.”

This study, the authors conclude, “provides an additional explanation for why the gender revolution has stalled.” And shedding light on the “chilly climate” in today’s college classrooms sets the stage for improvement.