A new study has found that hedge funds with the highest level of automation outperform those that rely more on human involvement.

During the period that was studied (2006 to 2021), the AI-based hedge funds generated average returns of about 0.75% per month, vs. about 0.25% per month for the human-guided hedge funds.

The study, called “Man Versus Machine: On Artificial Intelligence and Hedge Funds Performance,” was written by researchers from Texas A&M University and Finland’s University of Vaas. It appeared on April 22 in the journal Applied Economics.

What are hedge funds?

Hedge funds, as the authors explain, are “pooled investment funds that engage in short-selling, leverage, and derivatives in an effort to improve risk-managed performance.”

These funds are often used by institutional investors, such as pension plans and university endowments, as well as high-net-worth individuals.

A 2020 report found that the total amount of assets managed by hedge funds around the world is $3.87 trillion, a figure that is expected to grow to $4.28 trillion by 2025.

Automation in the hedge fund industry

Trends in this increasingly competitive industry represent a major challenge. And that competition is prompting hedge funds to increasingly rely on technological advantages.

Although computerized, automated trading systems have existed for many decades, they are becoming more and more sophisticated every year.

The current study aimed to find out whether giving more control to advanced trading algorithms leads to better returns, and whether hedge funds might eventually progress towards “fully automated decision making.”

The authors based their findings on a database containing information on thousands of hedge funds. This massive data source is managed by a London-based company called Preqin, which specializes in providing financial data.

For the purposes of this study, the authors only included hedge funds that a) operate within North American markets, b) report U.S. dollar-denominated returns, and c) mainly focus on equities.

They also excluded any funds that did not provide the database with information about their trading style.

This resulted in a final sample of 826 hedge funds. The study looked at fund results from 173 consecutive months, spanning from September 2006 to January 2021.

The study’s authors assigned each of these 826 hedge funds to one of four categories, depending on the fund’s “level of human involvement in the decision-making process,” as the authors write.

Those four categories are discretionary, systematic, combined, or AIML (which stands for “artificial intelligence and machine learning”).

The categorization procedure was based on data from the Preqin database. And that database itself is based on information gathered from a range of sources, including open data warehouses, SEC disclosures and other regulatory filings, and information provided by the funds themselves.

Almost all the funds included in the database indicate that they use a certain kind of trading style (e.g. systematic, discretionary, or combined), and also indicate whether they use AI methods in their trading strategies.

The least automated of the four fund categories are the “discretionary funds,” which rely mostly on mechanical trading rules performed by humans.

These funds place a greater emphasis on managers in general, specifically their professionalism and skill.

The second-least automated type is the “systematic fund,” which typically uses a sophisticated quantitative framework based on statistical methods.

This class was followed by “combined funds,” which for example emphasize a systematic trading style, but manually choose when trades are closed.

And the most automated of the four hedge fund categories are the “AIML funds.”

As the authors explain, these AI funds “are simply given an input along with a desired output, and the model itself determines the best course of action via a mathematical function.”

Of the 826 funds in the researchers’ sample, they identified 36 as AIML funds.

The authors found that the hedge funds with the highest level of automation (in terms of using AI and machine learning in their investment process) generate the highest returns.

These funds averaged a return of 74 – 79 basis points per month (a “basis point” is one hundredth of a percentage point, so in this case that equates to an average monthly return of 0.74% – 0.79%).

In contrast, the average returns for the least-automated category of funds – the discretionary funds – were only 0.23 – 0.28 basis points, i.e. a difference of about 0.5% per month compared to the AIML funds.

Specifically, the authors write, employing a strategy that relies on the AI-driven funds generates “statistically significant average payoffs that range from 50 to 56 basis points per month.”

Combined funds did the worst

Curiously, the authors also found that the so-called “combined funds,” with a medium level of both automation and human involvement, performed the worst among the four types of hedge fund strategies.

“We infer that mixing human decision-making with automated processes,” they write, “is inferior to relying predominantly on either human or machine decision-making. This puzzle is left for future research.”

In sum, they found that the AIML funds “generated superior average returns compared to hedge funds with higher levels of human involvement.”

The authors add that this is the first study they know of to carry out this kind of performance comparison of hedge funds. 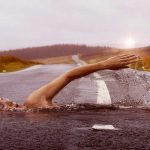 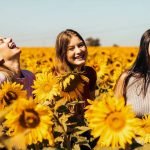 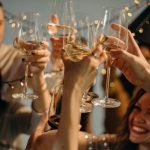 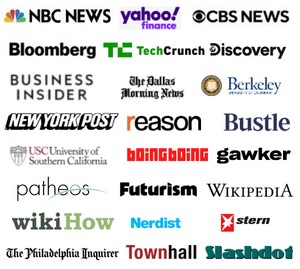