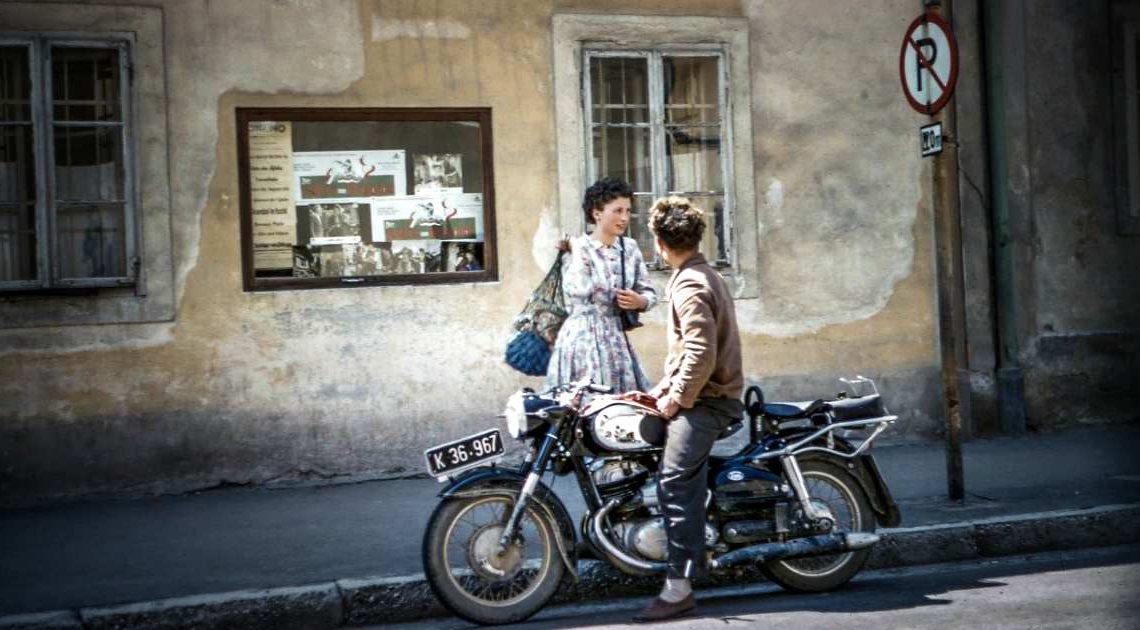 Restoring historic buildings like this one is no easy task.

With many of Europe’s most famous buildings more than a millennium old, historic building preservation is an increasingly complicated feat.

Keeping historical architecture and infrastructure in a good state of repair is expensive and time-consuming, to put it mildly. In the European Union alone, maintaining the region’s 1.1 million bridges costs €4 to 6 billion every year. And replacing all those bridges would cost more than €400 billion.

These costly sums have inspired researchers to investigate whether bridges and buildings might be able to heal themselves.

And the secret sauce they’ve come up with is a sticky bacterial paste.

Restoring old buildings, and new ones, with self-healing concrete

Prior research had already shown that infusing concrete with bacterial spores creates a kind of self-healing concrete. The spores are mixed into the concrete via tiny capsules, which also contain the nutrients that feed the bacteria.

When a crack appears in the concrete, the capsules break open. The exposed bacteria then multiply, which produces calcium carbonate. That’s the main ingredient in both limestone as well as the shells of many sea creatures. It eventually hardens into a stable mineral called calcite, which acts as a cement that repairs the crack.

That’s a great advance for new buildings that are built of concrete. But how can engineers apply this technique to restoring historic buildings made of stone?

The research team at a European project called Geoheal has developed a technique that lets them spray or brush existing stonework with a bacteria-rich liquid. These bacteria gradually seep into a building’s stone structure, and can then start healing damage as it occurs.

“Stone and geological materials are by nature bioreceptive,” said Geoheal’s Michael Harbottle, who is also a professor of geoenvironmental engineering at Cardiff University. “The bacteria we have used can happily live in such environments and lead to new mineral formation, as long as they have access to water, oxygen and nutrients.”

The researchers have also used bacteria to develop a self-healing mortar that holds the stones and bricks together. They add bacteria to the mortar paste along with a network of “veins” that contain nutrients. If the mortar becomes damaged, these veins break open, providing food for the bacteria. This in turn causes them to multiply and repair the cracks. They then re-encapsulate themselves, ready to start the repair process again should further damage occur.

The researchers tested their bacterial paste at the historic Tintern Abbey in Monmouthshire, Wales. They found that the bacteria indeed improved the microstructure of the masonry, and did not change the appearance of the stone itself.

Even better, the bacterial treatment did not affect the so-called “breathability” of the stone. Breathability can be a problem with conventional stone protection treatments and sealants, as these can cause the surface layer to flake off over time. This can then accelerate the weathering of the underlying stone.

These self-healing bacterial treatments could be particularly useful for extending the lifespan of critical infrastructure such as bridges and tunnels, which would make a major contribution to meeting global sustainability goals. The construction industry is currently responsible for around 5-12% of greenhouse gas emissions in Europe and 11% worldwide.

By creating a new form of historic building preservation, namely one that allows both new and old buildings to last longer with fewer repairs, self-healing materials could reduce those emissions.

Not only that, but self-healing bacteria could also greatly improve the safety of critical infrastructure, and prevent catastrophic failures like the 2018 collapse of the Morandi Bridge in Genoa, Italy, which claimed the lives of 43 people.

But large parts of these structures tend to be underground, making inspections and maintenance an even more difficult task. Here again, self-healing concrete might come to the rescue. The Geobacticon project, which just ended in December 2020, investigated  how bacterial self-healing techniques work on underground concrete.

Most research on self-healing concrete has focused on structures exposed to the air or water, rather than those immersed in the soil. Underground, different soil types with varying moisture and acidity can affect the concrete in wide range of complex ways.

The Geobacticon project gave the researchers vital clues about how to make the self-healing process work in underground structures. They also discovered that the self-healing bacterial brew can also protect the steel bars encased within the concrete. Moisture and chemicals found in the soil can gradually corrode and weaken steel over the years, so a technique that can prevent that corrosion would be extremely valuable.

Looking ahead, self-healing stonework and concrete could even lead to exciting new forms of architecture in the future.

Magdalini Theodoridou is an engineer at Newcastle University who worked on the Geoheal project. “In new construction,” she said, “the possibility of incorporating self-healing materials and structural elements would enable bolder and more sustainable designs.”

A version of this article originally appeared in Horizon, the EU Research and Innovation magazine.

Image by StockSnap via Pixabay