A gigantic wooden phallus has disappeared from a Bavarian mountain 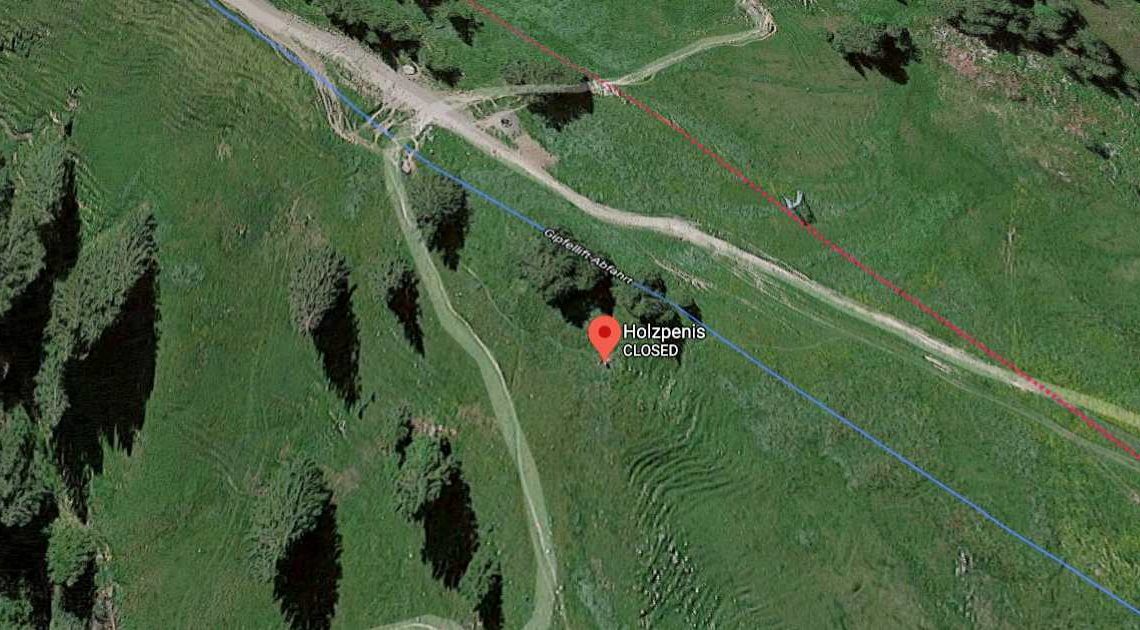 German police are looking for a 6-foot-tall wooden phallus that disappeared from a Bavarian mountain over the weekend.

The season of mysterious phallic disappearances continues unabated. After the now-famous obelisk in Utah was suddenly removed on November 27, a similar phenomenon has now taken place in the mountains of Bavaria in Germany.

The Allgäu region’s most unusual “cultural monument” suddenly appeared about four years ago, on the the ridge of the almost 5,700 foot (1,738 meter) high Grünten mountain, near the town of Rettenberg.

The six-foot tall wooden phallus, carved from a tree trunk, has been a popular attraction for curious tourists and hikers ever since.

According to German media, the rumor is that local youths dragged the wooden phallus up the mountain using a sledge. “We were surprised, but we also immediately marketed it as our maypole,” local innkeeper Norbert Zeberle told newspaper Rheinische Post.

Google Maps had deemed the sculpture (semi-NSFW image) a “cultural monument,” though it is now labelled as “permanently closed.”

Only last week, the sculpture was found toppled over. But a few days later, due to a social-media campaign for volunteers, it again stood tall.

And now it is gone, perhaps for good, as mysteriously as it had arrived. The authorities are completely in the dark about the reason for its removal. At the moment, they know only that it disappeared at some point during the past weekend.

According to the municipality of Rettenberg, the sculpture is (or rather was) on private property, and not directly on the hiking trail. As such, the local government sees no reason to intervene.

Mayor of Rettenberg Nikolaus Weißinger added that no one had been injured by the wooden sculpture falling over. This also explains part of the municipality’s reluctance to get involved.

Much like the Utah obelisk, which some have said recalls the monolith seen in the film 2001: A Space Odyssey, it is not known who placed the phallic wooden sculpture on the mountain. And thus it is also unclear whether any criminal theft or vandalism has taken place. The local police said it’s possible that the maker of the work also removed it. Their investigation is ongoing.