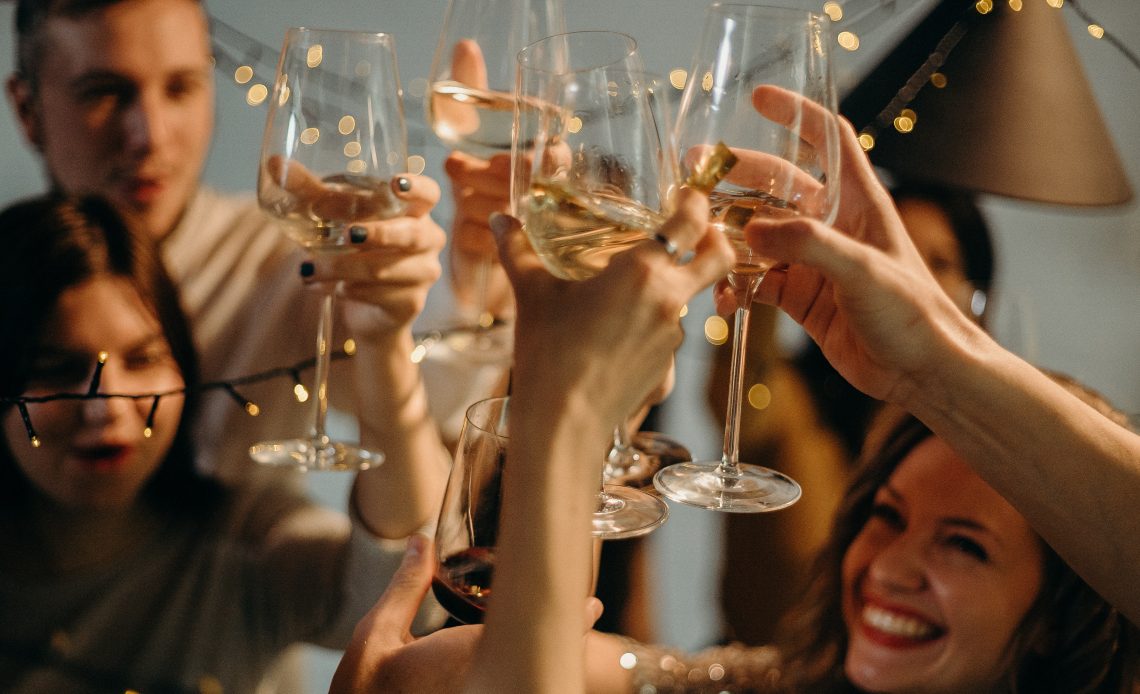 A new study of French and American consumers finds that narcissists drink more wine than non-narcissists, because they associate it with greater social attractiveness. The study also suggests that these social benefits lead narcissists to drink wine even when they don’t particularly like it.

The culture of narcissism: drinking wine is sophisticated

Past research has already shown that people associate wine with affluence, prestige, and sophistication. As an object of “conspicuous consumption,” wine allows people to display their social status, as well as their social competence (i.e. knowing which wine to order at a restaurant). Some research has even found that drinking wine actually makes people more attractive.

Qualities like these are precisely the ones that narcissists like to radiate: wealth, power, and attractiveness. From the spiritual narcissist to the covert narcissist to the healthy narcissist, the one quality they all seem to share “the belief that one is special and more important than others,” as the authors of the present study write. Learning how to co-exist peacefully with narcissists has even become something of a cottage industry.

Assessing the links between wine and narcissism

The findings referred to above prompted a team of researchers in France and Australia to investigate whether these qualities might also drive narcissists to consume more wine than non-narcissists.

To test their hunch, they carried out two studies, one in France and one in the United States. Of course, these two countries have very different wine cultures. The per capita wine consumption in France (PDF) is about three times higher than in the US. Nonetheless, wine consumption in the US has been on the rise for decades, from Walmart wine to William Hill Chardonnay. And studying both countries makes the results of the research more generalizable.

The first study consisted of 654 French adults who were recruited via a consumer research company (Toluna). The sample consisted of 56% men and 44% women, from a wide variety professional and educational backgrounds. Their average age was in the mid-40s, and about a quarter of the participants were under 35.

The participants answered questions about their demographic background, and their typical consumption levels of red wine, white wine, and rosé.

They also completed a four-item measure of narcissism. It asked them to respond to statements such as “I tend to expect special favors from others” and “I tend to seek prestige or status.”

How to make a narcissist miserable: take away his wine

As the study’s authors write, “the more narcissistic people are, the more they perceive wine as a means of enhancing their social image, which, in turn, leads them to consume higher quantities of wine.”

When a wine consumer is not necessarily a wine lover

The paper’s second study took place in the United States. The researchers wanted to see whether the results of their French study would replicate elsewhere.

But they also wanted to investigate whether narcissists drink more wine even if they don’t very much enjoy wine. In other words, whether some narcissists drink wine merely for the perceived status-enhancing benefits.

This second study also used a market research company to recruit the subjects. The US sample included 192 participants, 55% female and 45% male, with an average age of 32. These subjects answered a set of questions similar to those in the first study.

As expected, the researchers found similar results, further supporting their hypothesis that “narcissists consume higher amounts of wine due to the social attractiveness they associate with this consumption.”

Study 2 also found that narcissists, even those who do not associate wine consumption with pleasure, still engage in higher wine consumption. In other words, “the social rewards derived from consumption appear of greater importance than [the] emotional rewards” of drinking the wine itself. This leads narcissists to consume more wine “even when they do not perceive such an experience as a pleasurable one.”

In sum, the authors write, “people high in narcissism consume higher quantities of wine to satisfy their need to shine socially.”

These findings could be of use to advertisers, the authors write. Micro-targeting narcissists as consumers who are more likely to consume wine could prove a cost-effective strategy. But, the authors caution, doing so could also have a negative backlash effect. Recklessly encouraging overconsumption of wine might lead to even more stringent restrictions on alcohol advertising.

In fact, narcissism and the overconsumption of alcohol have more in common than one might immediately assume. The authors refer to past research that suggests “seeing narcissism as an addiction,” namely an addiction to esteem and admiration. Addiction-like cravings eventually begin “to dominate other motivations, and reduce rational behavior,” the authors write.

By Douglas Heingartner
A new study on narcissism and COVID-19 has found narcissists are less willing to self-isolate or believe that social distancing works.
Narcissism

On crowdsourcing platform Kickstarter, success means toning down the narcissism

By Douglas Heingartner
A new study finds a negative relationship between narcissism and success on the crowdsourcing platform Kickstarter, especially in the arts.