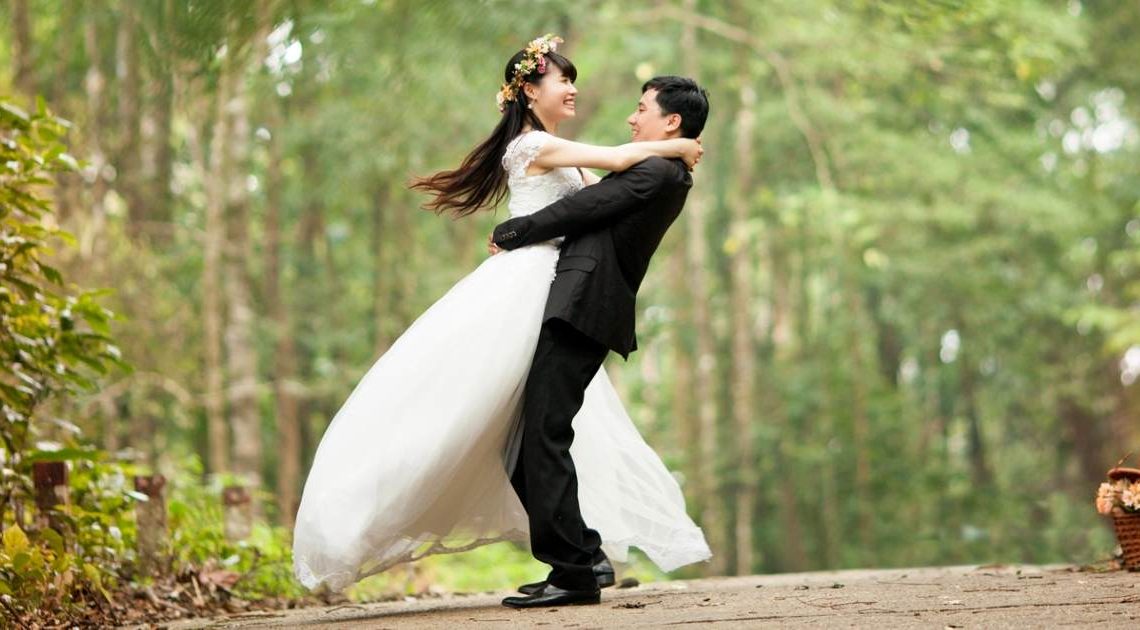 A new study of marriage statistics has found that marriage rates in the US have dropped between 26% and 44% since the onset of the COVID-19 pandemic. The researchers looked at four representative regions of the US. Their study appeared on December 29 in the journal Socius.

Many academic and media reports have examined divorce statistics during the pandemic. Yet researchers know much less about how the pandemic has affected marriage rates.

Together, these four regions account for about 10.4% of the population in the United States.

The researchers used both statewide and metropolitan-area data to account for the fact that most of the early COVID-19 cases occurred in large urban areas.

Marriage rates in the US: four representative regions

The researchers chose Florida and Hawaii because these states, they write, “capture two extremes in COVID-19 responses.” Florida was late to announce stay-at-home orders and early to begin reopening. Hawaii, in contrast, was quick to introduce quarantines, and reopened slowly.

The research team picked DFW and Seattle because they are both major US metropolitan areas (the country’s 4th and 15th largest).

For each location, they compared 2020 data to the same period in 2019, which takes seasonal variation into account.

The results show “a dramatic decrease in year-to-date cumulative marriages in 2020 compared with 2019” in the areas studied, the authors write.

Florida’s drop in the number of new marriages began in March. This downward trend increased steadily until the end of July, when the study’s data ends. By the end of July, there had been 23,627 fewer marriages in Florida than in 2019, representing a 26% decrease.

The results in Hawaii were similar, where the decrease started to accelerate in April. By July, there had been 5,183 fewer marriages than 2019, which represents a 44% drop. Much of this drop was attributable “destination weddings” by non-residents, but marriage rates of Hawaiian residents also showed similar decreases.

A comparable pattern emerged in the Dallas-Fort Worth area, where by the end of August 2020 there had been 9,410 fewer marriages than during the same period in 2019, a 27% drop.

And in Seattle, the study found that marriage applications by the end of September had dropped by 3,060 compared to 2019, a 15% drop.

Why this decline in marriage rates?

Research has already found that the current pandemic has led to “increased relationship conflict” and reduced sexual activity.

The pandemic has also created uncertainty in terms of income, employment, and housing. All of these aspects can lead people to postpone marriage. Likewise, lockdown-related policies in many places have limited large social gatherings such as weddings. And the closure of government offices that handle marriage applications and certifications has probably also played a role.

But, the authors point out, the decline is too large to attribute to the temporary closure of governmental offices. In fact, many local governments “continued to process marriage applications throughout the pandemic,” they write. And in many cases, new digital tools actually made the process easier than it had been.

But the pandemic-related decrease in marriage rates is not a foregone conclusion. With millions of people losing their jobs and therefore their health insurance, the researchers write, the “demand for marriage may have increased as a function of demand for spousal health plans.”

Early marriage statistics may not tell the whole story

The researchers point out the pandemic is still very much ongoing, and as such this study cannot be considered conclusive. They also stress that it only measured a small portion of the US population. Likewise, some marriages may have merely been postponed until the pandemic has ended.

Nonetheless, the four regions studied do represent a broad swath of the country. They include a state that applied only limited governmental intervention (Florida), a geographically isolated state with strong governmental intervention (Hawaii), and two large metropolitan areas (DFW and Seattle). The fact that all four areas had similar results, the researchers write, “suggests that this may be a common experience across the United States.”

And marriage statistics are important, for many reasons. “As an institution, marriage has important implications for the well-being and health of couples and their offspring, individual behaviors, and legal protections for partners,” the authors write. Likewise, the institution of marriage is among the most-studied topics in the social sciences.

And while rates may rise again when the pandemic recedes, there are no signs yet of this trend reversing. “This decline has thus far shown few signs of stopping, or even slowing,” the authors write, “and leading indicators are consistent with continued declines relative to pre-pandemic levels.”