Teenagers aren’t the only people who experience FoMO, or “Fear of Missing Out.”

According to a new study in the Journal of Social and Personal Relationships, age actually plays a relatively small role in FoMO. It has much more to do with loneliness and social anxiety, which affects people of all ages.

Fear of Missing Out isn’t a silly social-media thing

Other factors, such as loneliness, low self-esteem, and low self-compassion, are more strongly associated with the FoMO phenomenon. These all involve aspects of social anxiety, in this case the anxiety that other people are having fun without you.

“We expected FoMo to be higher in younger age groups, particularly because of the tremendous amount of social development happening at those times,” he said, “but that’s not what we found.”

Barry and co-author Megan Wong conducted a survey of more than 400 people across the United States. Their ages ranged from 14 to 47. Barry and Wong asked them a wide range of questions related to self-perception, life satisfaction, and social media use.

Surprisingly, they found that social media use was not a good predictor of FoMo. For example, different people with similar levels of social media use might have very different reactions to seeing their friends’ activities. One might find seeing other people having fun as inspiring, while the other might find it upsetting.

“We’re not all equally prone to the Fear of Missing Out, but for those who are, social media can exacerbate it,” said Barry, a psychology professor at Washington State University. “If there’s already concern about missing out, then there will be distress at seeing that on social media.”

For people who experience this kind of distress, Barry suggested possibly reducing, or even eliminating social media use. At least for a while.

But a longer-term solution involves addressing one’s negative self-perceptions. Ways of doing this include more self-compassion, and trying to view personal setbacks as opportunities for growth. Other suggestions include taking meaningful steps to reduce loneliness, and shifting one’s focus away from other people’s virtual experiences.

“To do something about FoMO,” Barry said,” individuals can foster a greater sense of real connectedness to others, which will lessen feelings of isolation.”

“You can also try being more in the moment,” he added, “concentrating on what is in front of you as opposed to focusing on what else is going on out there.”

Are donkeys smart? Donkey intelligence is a real thing, and measuring it better might save them from extinction. 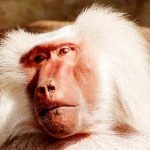 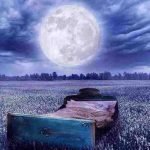