A study published on June 10 in the Journal of Personnel Psychology has found that older job seekers on LinkedIn get fewer job offers than younger ones. But using a profile photo with a younger appearance reduces this effect.

About half had a bachelor’s degree, a quarter had a master’s degree, and a quarter a high school degree. The participants worked in a variety of sectors including IT, retail, finance, and health care.

For each participant, the researchers recorded how many LinkedIn contacts they had, what their skills were, how many recommendations they had, and other factors.

In addition, they looked at the users’ profile photographs, noting for example how prominently their face figured in the photo. They also asked participants to indicate how old they were when the photo was taken.

When comparing the profiles of two groups, the researchers found no big differences in their “impression management” skills. Both groups prominently listed their work experiences, technical skills, and more.

That was something of a surprise. The researchers had assumed, based on prior research, that the older and less “digitally native” job seekers would have less polished profiles.

But in fact, the opposite was true: older job seekers were more likely to mention their profession and use “effective” profile photos with more facial prominence.

“Our results suggest that older job seekers are just as proficient and, in some respect, even more proficient in promoting their profiles,” the researchers write.

Which job seekers get job offers? The younger ones

“Despite comparable – or in some respects better – online profiles, older job seekers did not receive comparable employment opportunities,” the study writes.

But this difference decreased significanty when the older job seekers used a younger photo in their profile. Using a photo of their younger selves was positively related to receiving more job offers for older job seekers. This was not the case for younger seekers.

In fact, beyond the “younger picture” factor, none of the other surveyed factors played a significant role in reducing this effect. Those other factors included the number of listed skills, endorsements, contacts, or recommendations.

Paging Saint Cajetan, the patron saint of the unemployed

The paper’s authors suggest that reigning stereotypes may explain why older job seekers feel they have to try harder. Those stereotypes include being seen as less competent and less adaptable, particularly when it comes to using new technologies. “Older job seekers are aware of these negative stereotypes,” the authors write, “and they are motivated to refute them.”

The only aspect that helped to reduce this bias was the use of a younger profile picture. This finding confirms the advantages of younger looks, which has also been shown in past studies.

“A younger-looking face creates impressions of higher physical and mental fitness,” the authors write. “Our results suggest that these impressions may indeed be a powerful driver of favorable employment outcomes.”

Going back to photo-free resumes

In terms of practical implications, the authors say these results reconfirm why photographs are usually absent from traditional resumes or CVs. As such, they suggest that removing photos from LinkedIn might make job-seeking fairer. The lack of photos might cause recruiters to focus more on information that is more relevant to the job.

In a more positive light, the finding that older job seekers are “just as proficient in crafting their professional online persona” is encouraging.

This implies that online recruiting is not “per se an obstacle, and hence does not create an unfair disadvantage for older cohorts.”

Related news: A third of WFH (work from home) workers say they’d rather quit than return to full-time office work. 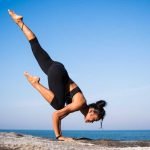 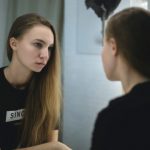 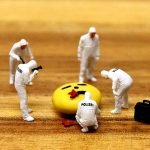 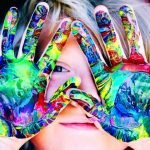 Color emotions: new study of 30 countries finds we all link colors and emotions in similar ways