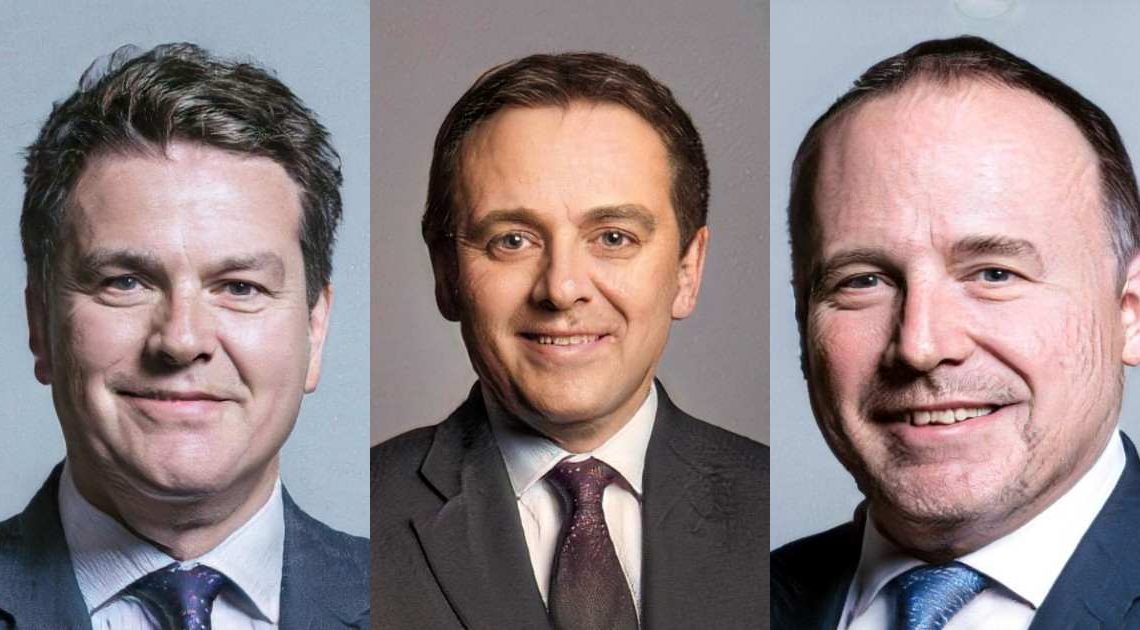 Though the above photos are fictitious, the study used photos of actual leaders; a list of all 160 follows at the end of this post.

A new study has found that people can classify a photo of an unfamiliar politician as either an autocrat or a democratically-elected leader, with an accuracy of almost 70%. The participants also rated the photos of elected leaders as more attractive, likable, and trustworthy than those of the dictators.

People’s faces offer many clues about their social status, personality, and political leanings. For example, even children can pick the winner of foreign elections based on quick judgments of facial photographs. People can also correctly classify US political candidates as either Republican or Democratic based on their faces. Similar results have also been found in Switzerland.

But these judgments can fluctuate based on the situation. Past research, for example, has found that people prefer dominant-looking leaders during wartime, but prefer leaders with more feminine and trustworthy faces during peacetime. Likewise, CEOs of nonprofits are less dominant-looking than the CEOs of profit-earning organizations.

Though some past research has investigated perceptions of political leaders’ faces, most has taken place in democratic countries. So far, very little (if any) studies have examined the faces of leaders in authoritarian regimes.

The current study set out to change that.

The autocrat versus the democrat

First, the researchers categorized countries as either “democratic” or “authoritarian” based on two indices. One was The Economist Intelligence Unit’s Democracy Index, and the other was Freedom House’s Freedom in the World report.

They wound up with a list of 160 male heads of state: 80 democratic leaders, and 80 dictators. About a third are currently in power, and the rest are former heads of state. The complete list of all 160 is included at the end of this post.

No female dictators or democrats were included, as the researchers wanted to eliminate any possible gender bias in the participants’ responses.

The researchers chose one photo of each leader, looking directly at the camera without expressing any visible emotion. They converted these photos to greyscale, and cropped them tightly to remove extraneous background information. They excluded photos of very famous leaders such as Donald Trump and Vladimir Putin. Likewise, they instructed participants to indicate if they recognized any of the photos; whenever they did, those responses were excluded from the results.

The first of the research paper’s two studies consisted of 90 Mechanical Turk participants recruited in the Unites States. Slightly more than half were women, and their average was 35.

They viewed the 160 faces in random order, one by one, and categorized them at their own pace as either a likely dictator or a likely democratically-elected leader.

The average participant correctly categorized the leaders depicted in the photos as either autocrats or elected leaders just over 69% of the time.

Why do people classify a face as an autocrat or a democrat?

In the second study, the researchers examined which factors led people to classify the portrayed faces as either democrats or dictators. They again recruited participants via Mechanical Turk; this time there were 229 participants.

They asked these participants to rate the same set of 160 photos for the following qualities on a scale of 1 to 8: affect (i.e. happy or sad), attractiveness, competence, dominance, maturity, likability, and trustworthiness.

The participants rated the democratically-elected leaders as more attractive, more competent, happier, and warmer. “Warmth” in this context means a combination of likability and trustworthiness.

The authors suggest that these traits make sense in democracies, “where popularity plays a critical role in whether someone emerges as a leader.”

In contrast, they write, “looking colder and less attractive might similarly facilitate the command of authority on which dictators rely to control the citizens of their nations.”

Why these results matter: democracies are in decline

About 61% of the world’s population currently live in a non-democratic country, the study’s authors point out, and that figure is on the rise; a 2018 study found that 112 countries have become less free since 2006.

Despite these worrisome trends, there has been little research into the ways that visual self-presentation might facilitate autocrats’ reign. And that’s why these researchers wanted to examine people’s perceptions of dictators, as doing so could help explain how autocrats “attain and maintain power.”

As this study indicates, people in democracies value justice, openness, and transparency, and voters in democratic countries “prefer politicians whose faces convey warmth through trustworthiness and likability.”

In contrast, dictators who look harsh and cold seem to more closely “match” an authoritarian stye of governance, which might “successfully elicit more fear and intimidation in the population.”

These two studies consisted of participants based in the United States. The researchers suggest that future studies could examine whether people living in autocratic societies perceive leaders’ faces differently. Also, future research could move beyond binary definitions such as democrat versus autocrat, or “free” versus “not free” countries.

Countries vary in freedom, the authors point out, “with some democracies freer than others and some dictatorships more constrained.”

Likewise, some ostensibly democratic countries “approximate dictatorships” in many respects.

Considering how powerful politicians are, the authors write, “it is important to understand how politicians are perceived, elected, and maintain their power.”