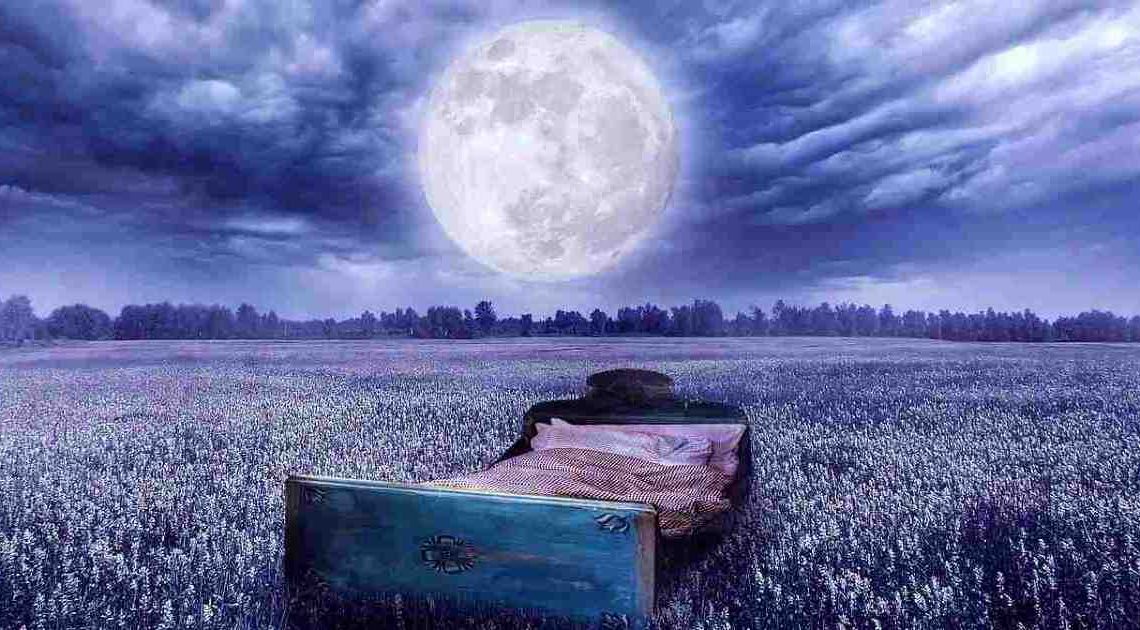 Sleeping in moonlight: a new paper finds that in the days leading up to a full moon, people go to sleep later, and sleep less. The paper appeared on January 27 in the journal Science Advances. It looked at the sleep patterns of 98 people in Argentina, and 464 in Seattle.

Measuring the full moon and sleeping, in both rural and urban settings

The researchers involved in the current study observed people’s sleep variations in a variety of urban and rural settings. These ranged from indigenous communities in Argentina to university students in Seattle.

But study participants in all three communities showed the same sleep oscillations as the moon progressed through its 29.5-day cycle.

The average amount of sleep decreased by 46 to 58 minutes per night as the full moon approached. Likewise, bedtimes were on average about 30 minutes later. For all three communities, on average, people had the latest bedtimes and the shortest amount of sleep in the nights three to five days leading up to a full moon.

The fact that this same pattern appeared in such various settings indicated that our natural sleep rhythms might be synchronized with the moon.

This finding prompted the researchers to revisit the sleep data of 464 Seattle college students. That data had been collected for a separate study.

They found the same variations. As the full moon approached, people on average slept less, and went to bed later.

The researchers think this is because of the varying amount of natural light that the moon gives off. The evenings leading up to the full moon (i..e when participants slept the least and went to bed the latest) have more natural light after dusk. The waxing moon is increasingly brighter as it progresses toward a full moon, and generally rises in the late afternoon or early evening. That means that it is high in the sky during the evening.

But during the latter half of the full-moon phase, and in the waning phases, the moon is the brightest in the middle of the night, when most people are already asleep.

“We hypothesize that the patterns we observed are an innate adaptation that allowed our ancestors to take advantage of this natural source of evening light,” said lead author Leandro Casiraghi. “At certain times of the month, the moon is a significant source of light in the evenings, and that would have been clearly evident to our ancestors thousands of years ago,” he said.

The moon’s effect on sleep is controversial

Whether sleeping in moonlight truly affects our sleep patterns has been a controversial issue among scientists. The team behind the current study says their research shows solid evidence in favor of the phenomenon. That is because they used wrist monitors to collect sleep data, rather than relying on user-reported sleep data. They also tracked people across several lunar cycles, which filters out “noise” caused by individual variations in sleep patterns.

In general, there has been a lot of suspicion on the idea that the phases of the moon could affect a behavior such as sleep,” said Casiraghi, “even though in urban settings with high amounts of light pollution, you may not know what the moon phase is unless you go outside or look out the window.”