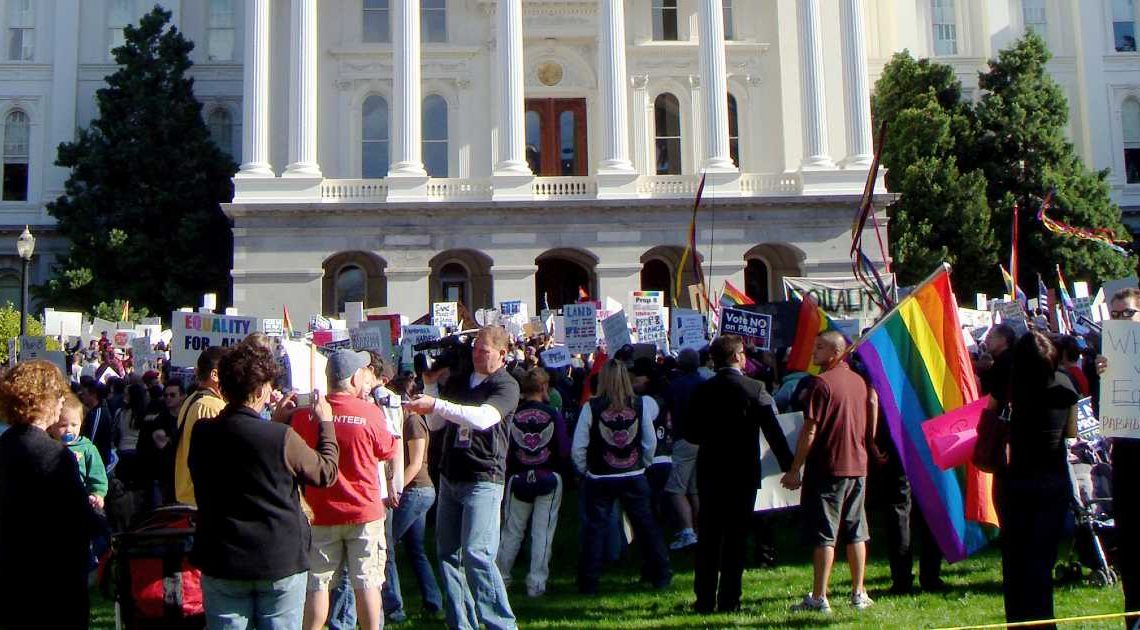 A new paper suggests that the social identity of Americans is increasingly being defined by politics, and that Americans now identify with their politics even more than they do with their religion.

The study appeared in the Journal of Social Computing on February 16. It looked at changes in the Twitter bios of 20 million randomly-chosen Twitter users from 2015 to 2018. (A Twitter bio, for those who don’t know, is a short intro in which a Twitter user freely describes who they are, their interests, affiliations, etc.)

The study’s two co-authors, Nick Rogers and Jason J. Jones of Stony Brook University, wanted to see whether politics is playing a bigger role in Amercans’ “social identity” than it has in the past. According to social identity theory, a person’s sense of self depends largely on their membership in social groups.

As a proxy for the politicization of social identity, the researchers measured whether the number of Twitter users who list political keywords in their bios has been increasing (or indeed decreasing).

To do so, they came up with a list of explicit and implicit political keywords. Examples of explicit keywords included “Socialist,” “Libertarian,” “Alt-right,” “Progressive,” “Anarchist,” and “GOP.”

Their list is, of course, almost necessarily incomplete, as the number of “political” keywords is essentially endless. But, the researchers write, “we believe it is a fair representation of the spectrum of common, modern political group identities.”

They also wanted to test whether the inclusion of these political words was outpacing other “identity” words in Twitter bios. These included identity words from the realms of art (for example “designer” or “musician”), sports (“baseball,” “football,” etc.), and religion (“Mormon,” “Hindu,” etc.).

Results: yes, politics is indeed playing a bigger part in our social identity

The results confirmed the researchers’ hypotheses. “Twitter users,” they write, “are becoming more likely to include a political keyword, either explicit or implicit, as part of their bio.”

Identification with other kinds of social groups remained flat

And, as the researchers suspected, the prevalence of non-political identity words in Twitter bios (for example words related to religion, sports, or art) remained about the same during the four years they analyzed.

Another interesting finding is that by 2018, more Twitter users were describing themselves in political terms than in religious terms; this was not the case in 2015. In that year, 65 out of 10,000 Twitter users had a religious keyword in their Twitter bios. By 2018, that figure had only climbed to 69 per 10,000.

“In a nation that has traditionally been viewed as uniquely religious among its peer countries,” the researchers write, “this is notable.”

Does the social categorization on Twitter represent the US as a whole?

Of course, most people do not use Twitter. And as such, Twitter users do not represent a random sample of Americans. Indeed, one recent study found that Twitter users are younger, wealthier, and more educated than the general population of the United States at large. Moreover, they are more likely to be politically liberal.

Why does this matter? In-groups, out-groups, and self-identity

“To the extent that a person’s Twitter bio is a valid measure of their sense of identity,” Rogers and Jones write, “Americans are defining themselves more saliently by their politics.”

This matters, they suggest, because past research has found that the formation of a group identity also changes individual behavior.

Via a phenomenon known as “group polarization,” people who start with “vague, weakly-held opinions tend to become more radical and dogmatic when put into like-minded groups,” the study says. Furthermore, such people “quickly develop hostile feelings towards outgroup members,” leading to more “them & us” types of thinking.

Moreover, they write, “rational, evidence-based dissent tends to lose effectiveness within the groups, and in fact makes group members even more invested in their original opinion.”

A nation defined by political allegiances

And that does not bode well for the nation’s near-term future. “As Americans define themselves increasingly by their political allegiances,” Rogers and Jones write, “their feelings towards political ‘others’ can be expected to become more negative, and debate on matters of policy will become more emotional and intractable.”

Which is why more research into this topic is urgently needed. “It is crucial to understand the dynamics underlying American political polarization,” the authors write. A society’s stability depends on a sense of “unifying solidarity.”

And without that solidarity, they write, “order is imperiled and chaos invited.”