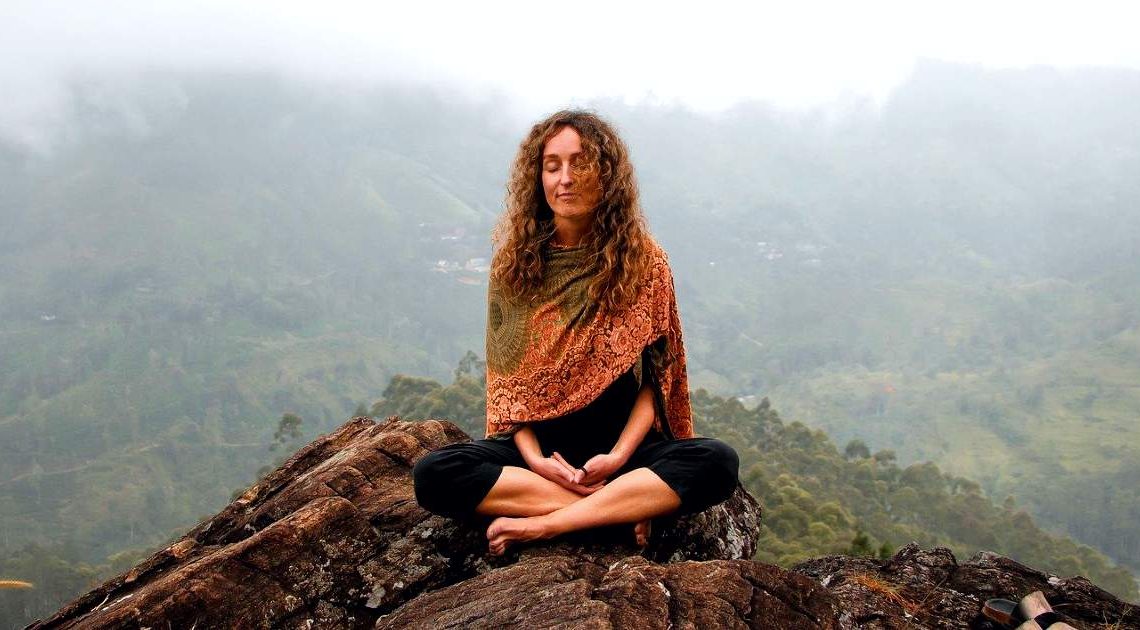 A new study has found that some popular forms of spiritual training — such as energy healing, aura reading, and, to a lesser degree, mindfulness and meditation — correlate with both narcissism and “spiritual superiority.”

An implicit feature of spiritual training is that it allows its adherents to distance themselves from their egos, and thereby from things such as the need for social approval or success. By encouraging self-compassion and non-judgmental self-acceptance, spiritual training should presumably make people less concerned with such things.

No previous studies had specifically examined this topic, which prompted Roos Vonk and Anouk Visser to investigate. Their new paper, “An Exploration of Spiritual Superiority: The Paradox of Self‐Enhancement,” appears in the European Journal of Social Psychology.

The authors developed a new measure they call “spiritual superiority.” It measures whether people feel superior to those “who lack the spiritual wisdom they ascribe to themselves.”

The measure’s questionnaires ask people to respond on a scale of 1 to 7 to a series of statements. This is a similar methodology to that of many typical psychometric tests. Example statements include “I am more in touch with my senses than most others,” “I am more aware of what is between heaven and earth than most people,” and “The world would be a better place if others too had the insights that I have now.”

The authors also created three scales that they hypothesized would correlate with spiritual superiority.

The first scale, “spiritual guidance,” relates to how much people try to help others acquire the same wisdom they have acquired. It includes statements such as “I help others whenever possible on their path to greater wisdom and insight,” “I gladly help others to acquire my insights too,” and “I am patient with others, because I understand it takes time to gain the insights that I gained in my life and my education.”

The second scale is “supernatural overconfidence,” and it encompasses self-ascribed abilities in the paranormal domain. Example statements include “I can send positive energy to others from a distance,” “I can get in touch with people who are deceased,” and “I can influence the world around me with my thoughts.”

The third scale, “spiritual contingency of self-worth,” measures how much a person derives their self-esteem from their spirituality. Sample statements include “My faith in myself increases when I acquire more spiritual wisdom” and “When I gain new spiritual insights, this increases my self-worth.”

For the first of the three studies included in the current paper, Vonk and Visser recruited 533 participants. They found them by contacting schools and spiritual centers that offer courses in subjects such as mindfulness and energetic training.

The participants in this first study were about 75% female, with an average age of 51. They indicated that they were currently following some form of spiritual training. The types mentioned included mindfulness, meditation, energetic therapy, reading/healing aura, haptotherapy, reiki, and others.

The respondents filled in the questionnaires described above, and also answered questions about their age, sex, education, religion, and spiritual training.

As the authors predicted, these correlations were strongest for participants following forms of “energetic” training. These participants rated higher than the mindfulness/meditation students on all of the superiority-related scales, especially on the scale of supernatural overconfidence.

This makes sense, the authors write, as the goal of energetic training is to develop supernatural skills. This likely attracts students who already believe they have talents in this area, perhaps akin to those who believe their dreams hold special meaning.

Likewise, the training itself might further enhance their confidence. This is because no objective performance standards can conclusively demonstrate they are not in fact paranormally gifted.

For this study, the researchers recruited 2,223 participants via a Dutch popular psychology magazine. Of these, 1960 were women. Their ages ranged from 15 to 82, with an average age of 41.

Study 3 tested the hypothesis that spiritual superiority is related to narcissism. As the researchers explain, past research has used the term “spiritual narcissism,” but none of those studies empirically measured it.

Spiritual narcissism has been defined, for example, as “the misuse of spiritual practices, energies, or experiences to bolster self-centered ways of being.”

Other studies define spiritual narcissism as a situation “in which the individual believes he or she has become somehow enlightened in a way that others have not, and operates from a disconnecting stance of spiritual superiority.”

Yet another researcher simply calls it “an ‘I’m enlightened and you’re not’ syndrome.”

For the present study, the authors did not measure “agentic narcissism” (for example, “I am more special than others and deserve special privileges”), but rather “communal narcissism,” which describes people who think of themselves as more nurturing and empathic than others. Example statements that characterize this trait include “I have a very positive influence on others” and “I am generally the most understanding person.”

This study recruited 965 participants via various channels. These included a Facebook page about psychology, spiritual schools, and participants who were not able to participate in the previous two studies due to a lack of space. The final sample included about 88% women, aged 19-79, with an average age of 46.

The participants answered the questionnaires for spiritual superiority and spiritual guidance. They also responded to several existing scales related to humility and overconfidence. Finally, they completed a short 7-item version of the Communal Narcissism scale, and a three-item self-esteem scale.

The researchers found that the correlation between spiritual superiority and narcissism was 0.47. This is significantly stronger than the correlation with self-esteem. And once again, the same pattern emerged in terms of the type of spiritual training that the participants followed. The weakest correlations were among subjects with no spiritual training, and the highest for those who practiced energetic training. The mindfulness/meditation group was in between, though it was considerably closer to the “no-training” group than to the “energetic” group.

Why the link between spiritual superiority and narcissism?

The authors argue that the lack of objectivity in the spiritual domain plays a role here. “Like religiosity, spirituality is a domain that seems like a safe and secure investment for self-worth,” they write. “One’s spiritual attainments allow lots of room for wishful thinking, thus easily lending themselves to the grip of the self-enhancement motive.”

And because spiritual matters are generally “elusive to external objective standards,” that makes them a “suitable domain for illusory beliefs about one’s superiority.”

The results of these three studies do not imply any casual direction; the authors suggest the causal arrow may work in both directions. On one hand, people may use spirituality as a self-esteem booster. It allows them to see themselves as special. Plus, they can achieve progress in the spiritual domain relatively easily. That is because there are no objectively measurable outcomes (in contrast to, for example, sports, academic success, or wealth accumulation).

On the other hand, spiritual training may attract people who already feel superior. And the “extensive exploration of one’s personal thoughts and feelings” that spiritual training encourages “may be particularly appealing” to narcissists, the authors write.

The people who agreed to take part in this research might not represent spirituality students in general. “The question is whether a truly enlightened person would even participate in our studies,” the authors write. “Would such a person be interested in or even capable of answering all these ‘me’ questions?”

In any case, the researchers hope that future research can “reveal more insights into the effects of spiritual training, and possibly the conditions and personality characteristics that facilitate genuine spiritual growth.”

By PsychNewsDaily Staff
A new study shows that our brain can identify people who are high in agreeableness (collaborative, generous, altruistic, and caring).
Personality

By Douglas Heingartner
A new Johns Hopkins study has found that coronavirus skeptics are younger, healthier, and more politically conservative than average.