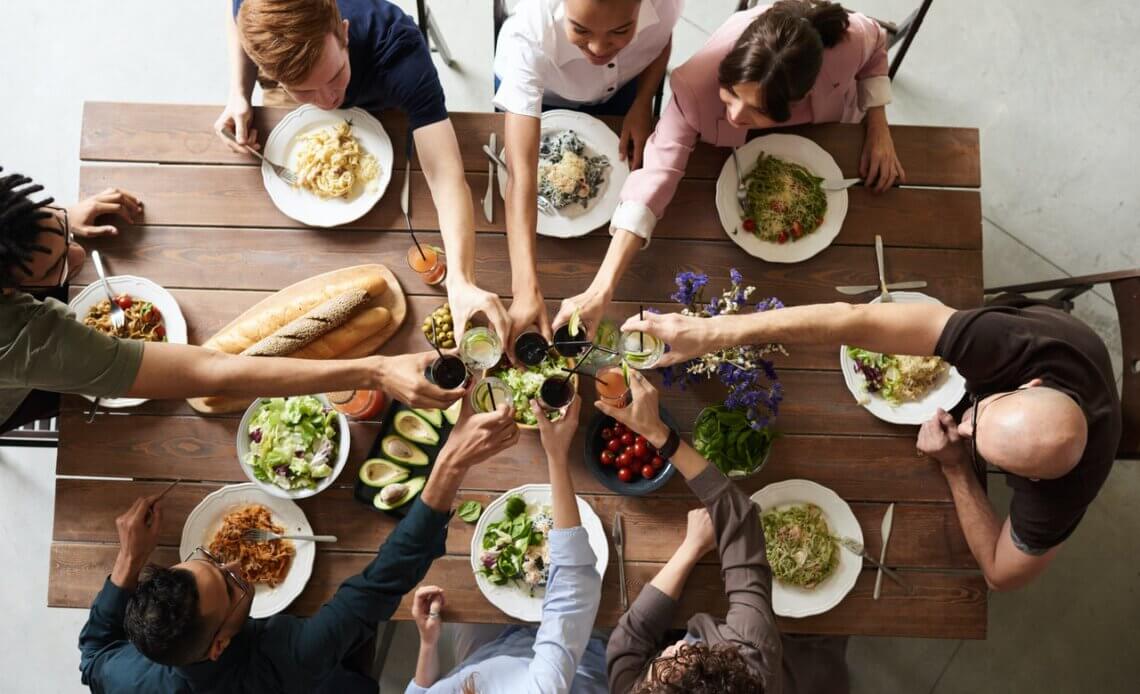 After all, having friends is inherently good, for countless reasons, many of which are obvious.

And showing the world that you have lots of friends — for example on social media — seems like a winning strategy. If, that is, your goal is to expand your social network. Once people see how popular you are (or so the thinking goes), they’ll inevitably want to join that popular club, perhaps in hopes that some of your popularity will rub off on them.

But in fact, a new study published in the Journal of Personality and Social Psychology shows that having too many friends works against you.

In a series of experiments, the authors show that people consistently prefer to befriend people who have fewer friends than they do, not more.

Nonetheless, people consistently predict, incorrectly, that if you have more friends, people will be more likely to want to befriend you. The authors call this phenomenon the “friend-number paradox,” which is also the title of their new paper.

Why having lots (and lots!) of friends is a social obstacle

Social ties are obviously important. As the authors write, they are the “building blocks” of the social world. Having more of these connections implies greater social value, and more likeability. So it seems reasonable to assume that people will focus their social energies on befriending people who have lots of friends already.

But the problem is that these social ties are only valuable if there’s reciprocity involved. Friendship goes hand in hand with certain implied obligations and expectations. And people with lots of friends may not be able to fulfill those obligations — especially people with too many friends.

In other words, “relationship quality” matters as much, if not more, than merely the number of friends you have. Having lots of friends means your precious social resources become diluted, making you less able to be a good friend. And other people take that into account, consciously or unconsciously, when deciding whether to befriend you. They don’t want to spend their valuable social capital on someone who’s unlikely to pay it back.

Put to the test: how many friends is too many?

The authors conducted a number of experiments that demonstrate this preference mismatch. Each had about 100 participants, roughly evenly split between male and female. Their average age was in the mid-30s.

In one of the experiments, half of the participants were asked to predict other people’s preferences: would people be more likely to friend you if you had 500 Facebook friends, or 50? The other half of the participants were asked whether they themselves would be more likely to befriend a 500-friend person or a 50-friend person.

71% of the participants predicted that others would be more likely to friend them if they had 500 Facebook friends, rather than 50. Yet only 31% indicated that they would prefer to befriend the person with 500 friends over the one with 50 friends.

Another experiment found similar results with 200 vs. 50 friends. Again, 72% believed others would be more likely to befriend them if they had 200 friends. But only 22% said they would prefer to be friends with someone who had 200 friends rather than 50.

A third experiment tested people’s preferences for befriending someone with many friends versus someone with an equal number of acquaintances. Much like in the other two experiments, 84% predicted that people would be more likely to befriend them if they had lots of friends, rather than an equal number of acquaintances. But in fact, only 51% of the subjects expressed a preference to befriend the “more friends” person versus the “more acquaintances” person.

Consistently getting it wrong

What explains these lopsided results? Why do people so grossly misjudge the qualities that make them “friendable”? One reason the authors mention is that “taking the perspective of others requires effort and motivation.” After all, it’s much easier to focus instead on the “symbolic significance” of a Facebook friend count, rather than considering people’s actual concerns about relationship quality.

So they take the simpler approach. They assume, incorrectly, that the more friends you have, the greater your social esteem, and thus the greater the likelihood that others will want to befriend you. When in fact the opposite is true: people generally do not want to befriend someone whom they perceive as already having too many friends.

As the authors point out, these miscalculations matter in real life. They can hold people back from achieving their goals in the social realm. For example, perhaps you want to expand your number of friends. But if you misjudge other people’s desire to be friends with you, you might wind up interacting with people in a way that actually makes you less popular.