No good deed goes unpunished? A new study finds that 18% of people would commit crime if there were no consequences 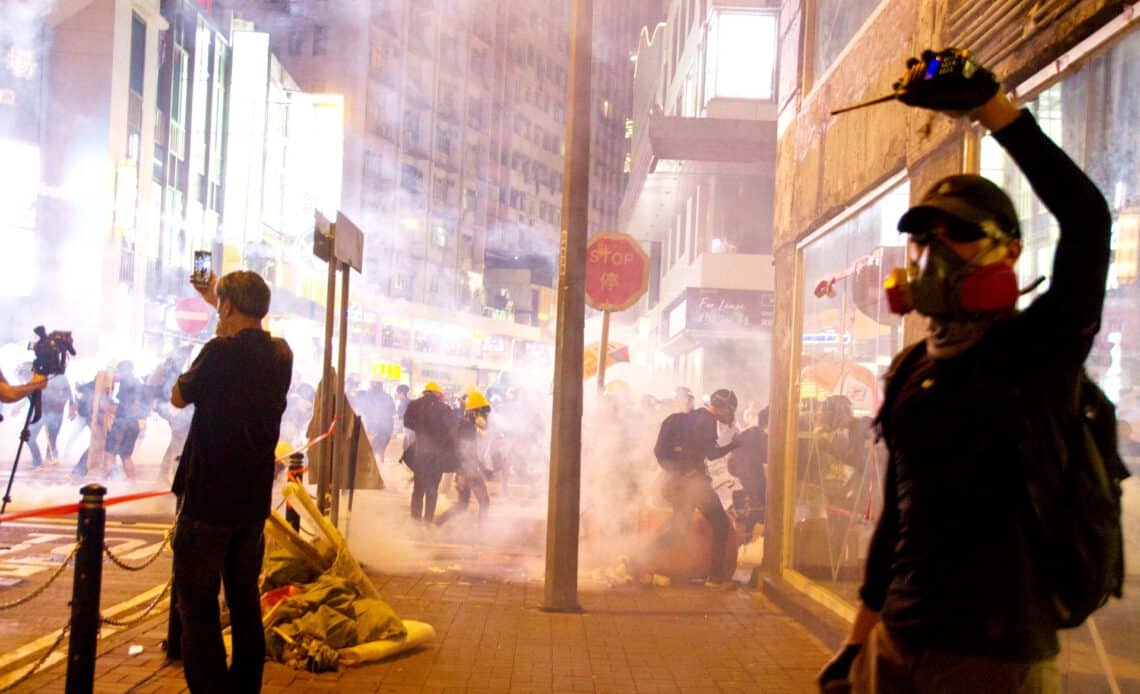 If it’s true that no good deed goes unpunished, do bad deeds always get punished? What if you knew that they wouldn’t be?

The Purge, a popular 2013 film starring Ethan Hawke, looks into that very question. It imagines a future United States where all crime – even severe crime – becomes legal for one day every year. Allowing people to temporarily release their pent-up natural impulses, the film suggests, keeps crime rates at an all-time low on the other 364 days of the year.

Would you commit a crime if you could? If so, why?

But what if this scenario were to become reality? How would people behave? If no good deed goes unpunished, would bad deeds run out of control?

A new study published in the journal Crime & Delinquency tried to find out. The researchers asked 500 U.S. adults whether they would commit crimes on that one day each year, as long as they would not be punished.

About 18% of the participants indicated that yes, they would indeed “purge” (as the movie calls it) if given the opportunity.

The participants were recruited from an online research platform called Access Your Target Market. AYTM pays people small amounts of money to fill out surveys and questionnaires. Though the platform has about 20 million demographically and geographically diverse members, the study’s authors concede it is not strictly representative of the U.S. population at large.

Respondents also completed an 8-item measure of self-control. The questionnaire asked them to rate themselves on statements like “I am good at resisting temptation” and “I have a hard time breaking bad habits.” They also completed a 9-item measure of psychopathy, where they rated themselves on statements such as “I like to get revenge on authorities” and “It’s true that I can be mean to others.”

Who is most likely to purge?

The researchers found that both of these factors (low self-control and high psychopathy) correlated with a greater willingness to purge. The correlation with low self-control was 0.28, and 0.48 with psychopathy. They also found a negative correlation of -0.21 between age and willingness to purge (meaning young people were more willing). They found no statistically significant differences between men and women.

This study, the authors write, tests the assumption that people need legal controls to prevent them from committing crime. After all, if the threat of legal punishment were the only thing stopping people from committing crime, one would expect that more than 18% of respondents would indicate a willingness to purge. This relatively low figure, the authors suggest, supports the idea that forces beyond the law constrain people’s behavior. They mention guilt, shame, remorse, and social stigma as examples of “moral filters” that can deter people from acting criminally.

Of course, 18% is still a lot of people. That means it’s important to assess whether some people pose an increased risk of committing crime if they know it will go unpunished. People high in psychopathy, for example, were much more likely to purge. Their inability to form bonds, the researchers write, compromises the ability of informal social controls to constrain such people’s behavior. And this matters, because there are in fact real-world situations where legal controls begin to break down. Examples include natural disasters, blackouts, riots, terrorist attacks, and political revolutions.

“By helping to specify this group,” the authors write, “the present study can serve to assist authorities in targeting scarce resources.” Because even though most people are restrained by more than formal controls, others (for example people who are more susceptible to crime due low self-control or high psychopathy) seem to need the strong arm of the law to keep them in check.

If no good deed goes unpunished, then many bad deeds do

A recent review of 50 years of crime stats found that only about 11% of serious crimes in the US result in an arrest. And only 2% end in a conviction. Even worse, less than half of serious crimes are even reported to police in the first place. But as that review article’s author Shima Baughman points out, there are other ways of resolving crimes. Examples include mediating neighborhood disputes locally, and relying more on social services and community programs. “But so long as police departments measure success by arrests,” Baughman writes, “that won’t happen more widely.”