On being thankful: just saying hello to the bus driver makes people happier 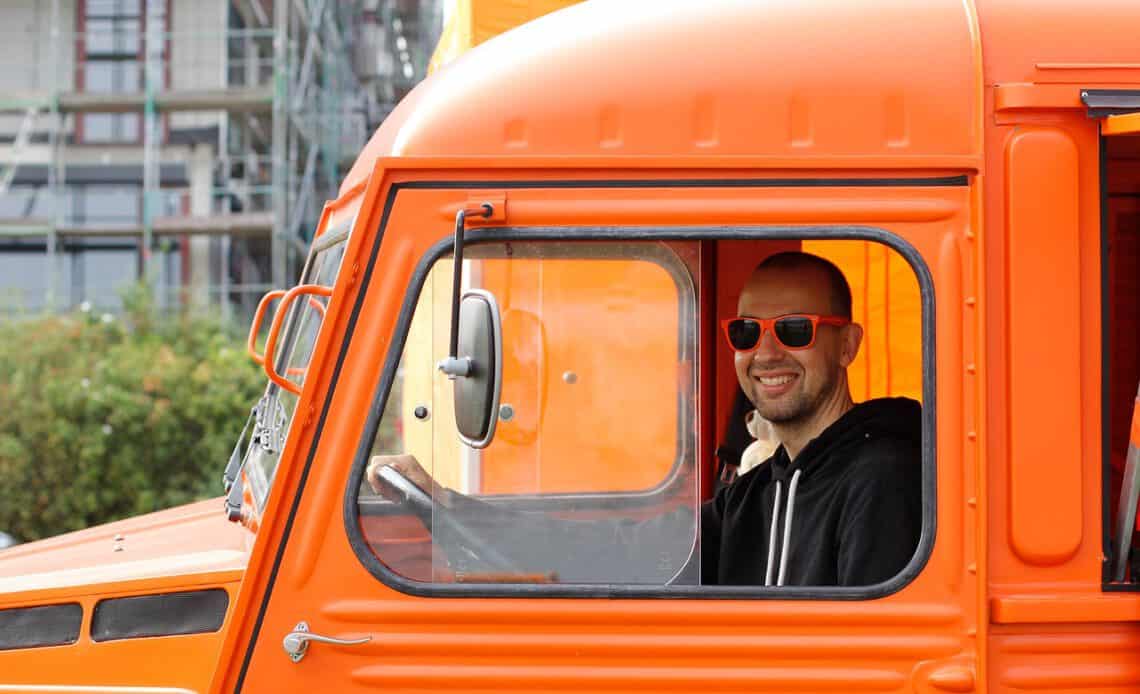 Does being thankful have psychological benefits? Do you make a point of thanking the people who make your everyday life easier? Examples include the people who bag your groceries at the supermarket, prepare your morning coffee, or drive the bus that takes you to work. Could a habit as small as saying “Have a nice day” be a consistent source of happiness?

According to a pair of new studies, the answer seems to be yes. They found that simply greeting or expressing thanks to bus drivers leads to enhanced feelings of happiness and well-being.

The paper, “Minimal Social Interactions with Strangers Predict Greater Subjective Well-Being,” has just been punished in the Journal of Happiness Studies.

The results showed that the more often the subjects actively practiced being thankful – for example by initiating “positive social interactions” with the drivers – the greater their sense of well-being and life satisfaction. And this was not the case with the more neutral conversations (such as asking the driver for directions). This suggests that the well-wishing or expressions of gratitude were the source of the enhanced sense of well-being.

Being thankful can include the simplest of greetings

The second study focused on the subjects’ sense of well-being (“positive affect”) immediately after interacting with the shuttle drivers. This study consisted of 265 commuters, evenly split between men and women, with an average age of 22. Whereas the first study recruited participants via e-mail, the second used commuters “in the field.”

Research assistants approached potential participants as they waited in line for the bus, and invited them to take part in the study. In exchange, they would receive either course credit or the chance to win free movie tickets or restaurant meals.

The results showed that participants in the “positive social interaction condition” experienced greater well-being immediately after their commute. Commuters in the control group did not show a similar result.

It only takes a minute

As the authors summarize, both of these studies show that “simply taking a moment to greet, express good wishes, or say thank you to strangers is linked with greater happiness in everyday life.”

Previous studies had already shown that expressing gratitude correlates with greater happiness. But most of those studies focused on longer social interactions. This study was among the first to investigate whether this effect also applies to brief social interactions.

Being thankful in practice: find, remind, and bind

How can you put being thankful into practice? And why do these fleeting social interactions with strangers enhance our sense of well-being? The authors suggest it may have to with the so-called “find-remind-and-bind” theory. In relation to the present two studies, expressing gratitude to the shuttle driver might help us establish (“find”) new social connections that we otherwise take for granted. Expressing gratitude might also make us appreciate (“remind” us) how these strangers make our lives better. And “binding” us to these new people in such a way might help to enhance our happiness, by increasing our feelings of social connection and belonging.

Future research, they write, could examine the “targets” of these interactions (in this case shuttle drivers). Do they also experience an enhanced sense of well-being? That might depend, the authors suggest, on whether the targets perceive the interactions as genuine or forced.

In summary, the researchers say, these two studies show that something as simple as saying “have a nice day” or “thank you” to a stranger is linked to a greater sense of well-being. Their findings add to the growing literature on the benefits of interacting with strangers, by showing that even very fleeting social interactions can contribute to happiness.